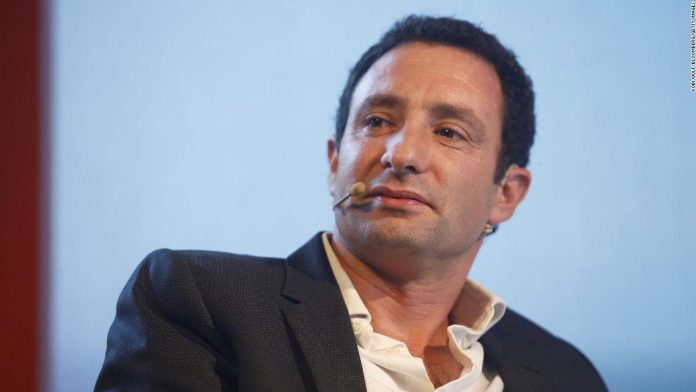 Eviation, an Israel-based company, has said it plans three versions of its all-electric plane: a “commuter” variant holding nine passengers and two pilots, an executive version holding six passengers, and one specialized for cargo. The company has said the nine-passenger version, which it calls “Alice,” will be able to fly for one hour and about 440 nautical miles after 30 minutes of charging.
Eviation initially aimed for the Alice to take flight before 2022, but said poor weather conditions in the Pacific Northwest at the end of the year had hindered testing. The Alice has been undergoing several taxi tests since late 2021, and last month then-CEO Omer Bar-Yohay told CNN Business that its first flight was “just weeks away.” Bar-Yohay did not mention an impending CEO shift at that time.
On Monday, Bar-Yohay, who was also a co-founder of Eviation, left the company after seven years, and he was replaced by interim CEO and current Eviation president Gregory Davis. The company says the change is part of a “planned succession process” as Eviation shifts from planning to production of the Alice, according to a statement. An executive search process is underway to fill the CEO position long-term, it said.
But Bar-Yohay said that while it is time for a new direction, his departure is the result of a dispute within the company.
“This is definitely part of a natural progression. It is time for the company to turn a corner and really transition from proving our prototype to manufacturing,” Bar-Yohay told CNN Business. “That said, there is a long-standing disagreement about how and what exactly does the company need to do going forward, and that created some friction between myself and the main shareholder of the company.”
Bar-Yohay declined to answer questions as to the nature of the disagreement. While Bar-Yohay said the change is not a big shock, he had not been aware of how and when it would be announced.
Eviation’s main shareholder is Richard Chandler, the New Zealand-born billionaire owner of the Clermont Group. The Singapore-based Clermont Group includes MagniX, Eviation’s sister company and propulsion provider. Just last month, Eviation executive chairman and MagniX CEO Roei Ganzarski stepped down from both roles. “I do believe some of the underlying reasons [for our departures] are similar,” Bar-Yohay said. “There was no way to make this go any differently.” The Clermont Group has not responded to multiple requests for comment.
Though Ganzarski has not commented on the reasons behind his own departure from both companies, he made the announcement last month “with a heavy heart,” according to a post on his LinkedIn. “I have no doubt that the future of aviation is electric. It has to be for the sake of our children and grandchildren. It is no longer a question of if, but only when and who. I leave magniX and Eviation positioned to continue their leadership in this field.”
Ganzarski did not comment when asked if his exit was due to the same circumstances Bar-Yohay describes. “Omer did a tremendous job building a leading aerospace company and phenomenal aircraft with very limited resources,” Ganzarski told CNN Business when asked about the leadership change. “I am very proud of what he and his team did.”
Bar-Yohay will remain involved with Eviation as a board member and investor moving forward, he has said.