Home Sport Djokovic keeping an ‘open mind’ over being vaccinated 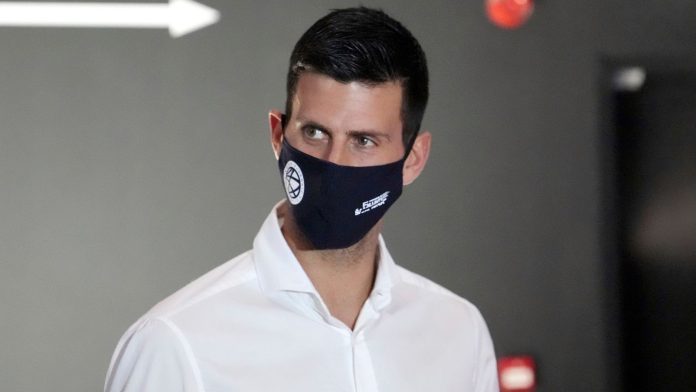 Novak Djokovic has said he keeps “an open mind” over being vaccinated; world No 1 was deported from Australia over vaccine refusal last month and was unable to defend Australian Open title; Djokovic will compete next week at Dubai Duty Free Tennis Championships

Novak Djokovic remains open to receiving the Covid-19 vaccine, but for now, he accepts not doing so may prevent him from playing in tournaments this season.

During an interview with Serbian public broadcaster RTS, the world No 1 said he keeps “an open mind”, over being vaccinated.

“I am not exclusive, anything is possible in life,” he said. “I decided at this moment not to do it and I am ready to bear consequences.”

“I am trying to understand this whole situation regarding the pandemic and fight against the virus like every other citizen in the world.

“I have information that everyone else has, and I am trying, as a professional sportsman, which was always the case, to triple-check anything that goes into my body and in which way that can affect me, and if anything changes half per cent, I can feel that.

“Simply, at that top tennis level, every change can produce positive or negative results. I am merely cautious, and I took some time for myself before I make a decision.”

Djokovic’s refusal to get vaccinated against the virus prevented him from defending his Australian Open title last month as he was eventually deported from the country after his visa was revoked twice.

Djokovic told RTS that the events surrounding his deportation were “completely unexpected” and “hard to forget”, but insisted that he wants to return to Australia in the future: “I want to play again on Rod Laver Arena.”

In his absence from the Australian Open, Rafael Nadal claimed victory after a marathon five-set match with Daniil Medvevdev. The Spaniard’s success in Melbourne brought him his 21st Grand Slam title, the most in men’s singles history.

The Dubai Duty Free Tennis Championships next week will mark Djokovic’s first event of the season as he is not required to be vaccinated to play in the tournament. He is a five-time winner at the event and will be looking to claim a sixth title.

The rest of the world No 1’s calendar could be in a state of flux though if mandatory Covid-19 vaccinations exclude him from competing in the French Open or Wimbledon.

If this happens, the US Open could be Djokovic’s first major appearance since his entry in the same Grand Slam last year.