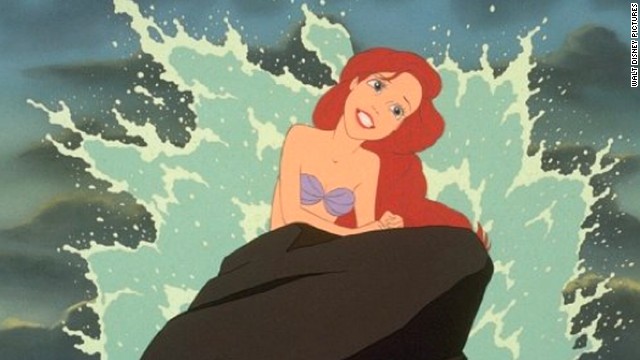 The production will star “Moana’s” Auli’i Cravalho as Ariel, the titular young heroine who makes the Faustian deal to trade in her voice for legs that will allow her to walk on land and find her true love — and Queen Latifah as the evil sea witch Ursula who brokers such an arrangement. Reggae star Shaggy will voice Sebastian, the meddling crustacean who warns Ariel that it’s safer to stay “under the sea.” More casting announcements will come soon.
Hamish Hamilton, who is known for his work on Super Bowl halftime shows starring the likes of Beyoncé and Lady Gaga, will direct and also serve as an executive producer. According to a release provided to CNN, the production is being described as a “hybrid format” that will include intricate sets and costumes, along with music from the original 1989 film and the 2008 Broadway stage version.
“The Wonderful World of Disney presents The Little Mermaid Live!” will air November 5 on ABC. It is not to be confused with Disney’s own live-action cinematic remake of “The Little Mermaid,” which will star Halle Bailey as Ariel.
The original movie earned three Oscar nominations. It included the voices of Jodi Benson as Ariel, Pat Carroll as Ursula and Samuel E. Wright as Sebastian. The Broadway adaptation starred Sierra Boggess as Ariel, Sherie Rene Scott as Ursula and Tituss Burgess as Sebastian and was nominated for two Tony Awards.

Zac Brown discusses his decision to cancel his tour

Delicious food movies to inspire your cooking at home