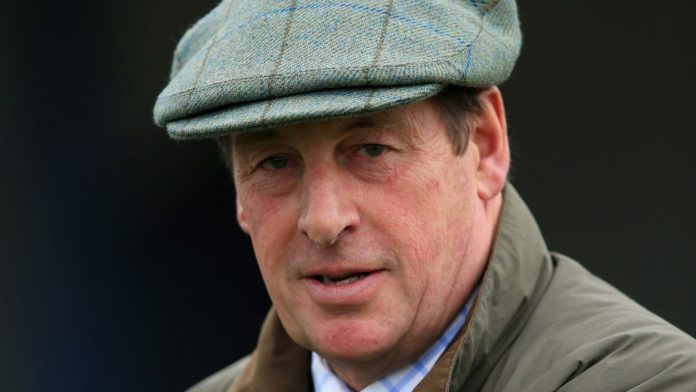 Does He Know bids to get back on the winning trail in an intriguing renewal of the Bateaux London Reynoldstown Novices’ Chase at Ascot.

An impressive winner when beating Threeunderthrufive on his chasing debut at Chepstow in October, Kim Bailey’s charge followed up with a dominant display at Cheltenham a fortnight later.

He had to make do with the runner-up spot when bidding for the hat-trick at Prestbury Park the following month, with Threeunderthrufive gaining his revenge.

But with the latter having since plundered a pair of Grade Two prizes at Doncaster and Warwick respectively, Does He Know is well fancied to bag a Grade Two of his own this weekend, live on Sky Sports Racing.

The seven-year-old is unlikely to have things all his own way, however, as he concedes 3lb to a clutch of talented performers.

Scottish trainer Lucinda Russell has already made one successful raid south this week, with Douglas Talking impressing at Sandown on Thursday, and she is hoping Corach Rambler can follow suit.

A respectable fourth in Warwick’s Classic Chase, the eight-year-old enjoyed a morning spin at Sandown on Thursday under Russell’s partner and multiple champion jockey Peter Scudamore.

Russell said: “Scu rode him out at Sandown on Thursday – it is 29 years since he rode at Sandown and here he was riding at Sandown!

“Corach Rambler is in great form and he has 4lb to find, so we’ll see how he gets on with that. It is just great to have horses in these races.

“He is just a very straightforward horse. It is like he has been born before. We laugh about him, as he is owned by seven guys who just own him for fun. We have taken him to Aintree, won at Cheltenham and now they are going to Ascot, so he is kind of a trophy horse.

“But he has always been running in handicaps and we have to find out how good he is.”

Chris Gordon is looking forward to saddling Annual Invictus, who has won twice from five attempts over fences and is fitted with head gear for the first time on Saturday.

“He’s in good order and we’ve got the cheek pieces on him. I’m hopeful,” said the trainer.

“I don’t want the ground to go heavy, but I don’t think it will. It’s very windy but they’re saying there’s not so much rain forecast, so fingers crossed.

“He should get the three miles. He won over two and a half miles at Plumpton very easily, he won over a stiff two-and-a-half at Cheltenham and he’s won an Irish point-to-point.

“It’s a competitive race, so I’m hopeful rather than confident.”

Sandy Thomson’s Doyen Breed does not have much to find on ratings or form after chasing home Threeunderthrufive in the Hampton Novices’ Chase at Warwick.

The Ben Case-trained Fern Hill and J’Ai Froid from Laura Morgan’s yard are the other hopefuls.