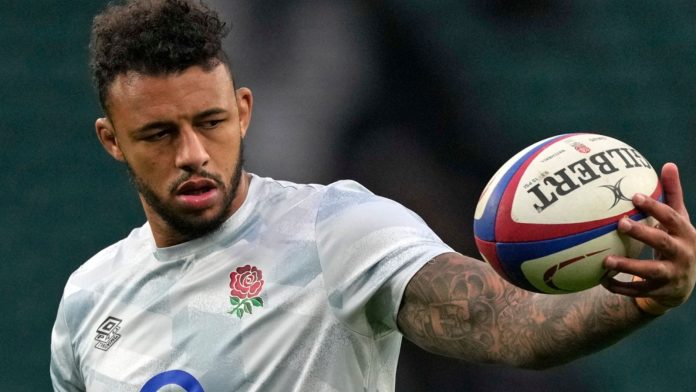 Courtney Lawes back in full training after missing England’s Six Nations games against Scotland and Italy due to concussion; the Northampton Saints forward could be restored as captain for the game against Wales

Lawes was unable to play in the opening two rounds of the tournament because of concussion but has now completed his return to play protocols and comes into contention for the visit of Wales to Twickenham on February 26.

As well as restoring the 32-year-old to England’s back row, Eddie Jones must decide whether he should resume in the captaincy role he filled during the autumn.

“That was the last box for him to tick. He’s had a very thorough return to play integration and did everything in the session.”

With a full training week in the lead-up to the Wales game ahead of him, Lawes is likely to take over from Maro Itoje at blindside flanker with Itoje moving back into the second row.

“I was super impressed with Courtney in the autumn, which was the first time I’d worked with him,” said Seibold.

“He took over from Owen Farrell as captain when Owen got injured and he did a fantastic job. He leads through his actions.

“One of the things with Courtney is his ability in defence. Everyone can see his athleticism, but what he does off the ball in defence, the little detail around his effort areas, is very high.

“I’m super impressed with him on both sides of the ball, but defensively in a lot of ways he’s a real leader for us.

“To have him back in the group training raises the standards because it means we’ve got a highly intelligent defensive player who is full of effort.”

No 8 Sam Simmonds will resume full training after a hip injury limited his involvement in England’s three-day fallow week camp in Chelsea.

The squad trained early on Friday morning to avoid the worst of Storm Eunice, which has drawn a red warning from the Met Office, and have spent time in the kitchen as a bonding exercise.

Seibold said: “We’ve been staying in Chelsea and there’s been hard work but also a lot of connection off the field.

“The players have had some activities away from rugby that brings them closer together.

“In a typical Test week you don’t get a lot of time to spend with each other off the field in a social setting.

“The players did some cooking – they cooked their own meals. We had some lessons at that.”

Six Nations organisers have sought to end persistent speculation over South Africa joining the championship by ruling out any changes being made to the existing participants.

Earlier this week the Springboks committed to remaining in the Rugby Championship until at least 2025, only for it to be suggested that they would align themselves with the northern hemisphere thereafter.

However, the Six Nations has denied there is any prospect of South Africa being added or Italy – who have lost 34 successive matches in the competition – being removed.

A statement read: “Six Nations Rugby, comprising the six unions and federations and CVC, wish to confirm that they are not entertaining any discussion nor developing any plans to add or replace any participating union.

“All its energy is focused on the current strategic discussions regarding the July and November international windows and structure of the global season, and to ensure a positive outcome for the development of the game.”