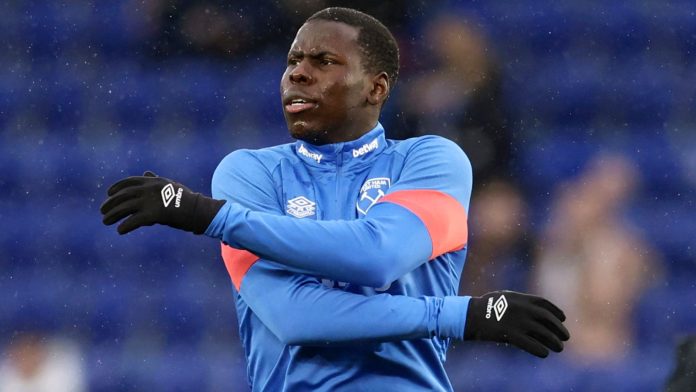 David Moyes says West Ham defender Kurt Zouma has recovered from a “bad illness” and should be available for selection against Newcastle in the Premier League on Saturday.

​​Zouma was initially selected in West Ham’s starting line-up for the 2-2 draw with Leicester last weekend, but the club confirmed he was withdrawn after feeling unwell and was replaced by Issa Diop.

The West Ham manager has continued to select the centre-back despite a disturbing video emerging of him kicking his cat across his kitchen floor.

“He’s better, but it’s taken him a couple of days to get over it. He had a quite bad illness,” Moyes told reporters as West Ham prepare to welcome Newcastle to the London Stadium.

“He’s trained the last couple of days so I’m hoping that he’ll be available.

Asked how Zouma was mentally, Moyes added: “I think he’s probably really disappointed about what he’s done and he’s thinking about it a lot, no doubt, but overall we have tried to get him to move on.

“We want him to concentrate on his training. He played very well for us against Watford the other week there, so we’re hoping that we can keep him at those levels of performance – we’ll be pleased with that.

“He’s really well-liked here amongst the supporters, the performances he’s put in throughout the season already, so hopefully he can focus on his football and we’ll give him as much support as we can until we get him right back to his best.”

Zouma’s cats have been taken away by the RSPCA after a video emerged of him hitting, dropping, and kicking his pet on Monday.

The 27-year-old issued an apology and has been fined two weeks’ wages – understood to be £250,000 – which will be donated to animal welfare charities, while Adidas have dropped the player as a client.

Moyes said: “We have been clear and concise. There is an investigation going on at the moment but I am not an expert on that. I do not think we have been misleading at all.”

FREE TO WATCH: Highlights from Leicester’s draw with West Ham in the Premier League

Follow every West Ham game in the Premier League this season with our live blogs on the Sky Sports website and app, and watch match highlights for free shortly after full-time.

Get all this and more – including notifications sent straight to your phone – by downloading the Sky Sports Scores app and setting West Ham as your favourite team.