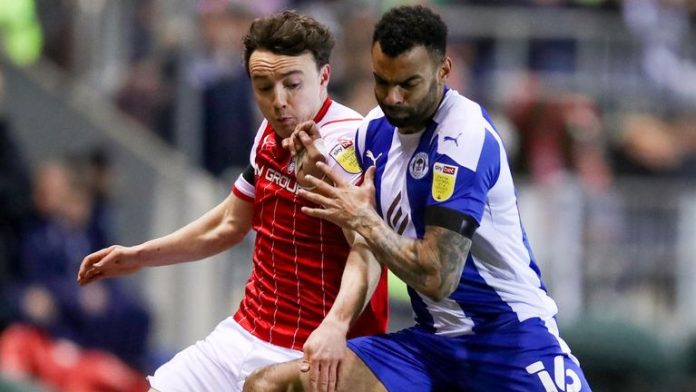 Rathbone hammered home from distance to cancel out Stephen Humphreys’ first-half opener to keep their six-point lead intact at the summit, though the Latics do have two games in hand.

This was a hard-fought battle between the best two sides in the division and on this evidence both should be celebrating promotion come the end of the season.

It was a fine finish from Humphreys in the 28th minute that ended a tense opening.

He initially appeared well offside as he was sent through on goal and saw a shot blocked, but after Rotherham failed to clear the loose ball it fell to the striker on the edge of the area and he lashed a left-footed effort into the far corner.

It was the first goal Rotherham had conceded in seven games and ensured they went into half-time behind for the first time this season.

But, protecting an unbeaten run at home that started in September, the hosts launched an assault in the second half and Michael Smith forced Ben Amos into a smart stop following Ben Wiles’ cutback.

Minutes after Wigan had a second goal cancelled out for a foul by Will Keane on goalkeeper Josh Vickers, the Millers eventually got their reward with 15 minutes to go and in some style.

Rathbone picked up the ball 25 yards out and speared an unstoppable effort into the bottom corner to ensure his side took a point.

Airbus Summit to take place on 30 November and 1 December...