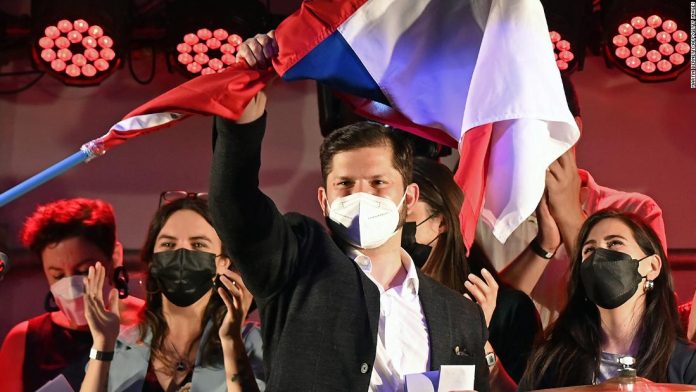 Conversely, China and Russia seem to be attempting to make new inroads in Latin America, perhaps seeking to surf on this new tide.
Last week Argentine President Alberto Fernandez traveled to Moscow and Beijing. In the Russian capital, he declared that Argentina should be Russia’s entry door to Latin America. In China, he joined the Chinese Belt and Road Initiative and announced Chinese investments to the tune of more than $23 billion over the coming years.
After insinuations from Putin’s government that Moscow may station troops or weapons in Cuba and Venezuela, a threat made in conjunction with the Ukraine crisis, many are wondering if Latin America is not veering away from the United States and the West and moving in a different geopolitical direction.
The region does look different from a few years ago, and at first glance there may be reasons for thinking that incursions from Moscow and Beijing are not entirely far-fetched. The “new pink tide” is the expression used to describe the presumed wave of new left-wing governments in Latin America, starting in 2018 with Andrés Manuel López Obrador in Mexico and continuing in 2019 with Fernández himself and in 2021 with Luis Arce in Bolivia, Pedro Castillo in Peru and Gabriel Boric in Chile. This coming May, Gustavo Petro could win Colombia’s presidency. A victory for Lula in Brazil would be the icing on the cake.
These electoral victories repeat the ones that took place 20 years ago, starting with Hugo Chávez’ election in Venezuela in 1998, Ricardo Lagos’ victory in Chile in 2000, Lula’s in Brazil in 2002 and Evo Morales’ election in Bolivia in 2005, among other examples. It is easy to detect an ominous bent in this electoral trend, particularly when viewed in the context of the geopolitical movements described above.
In fact, matters regarding the new pink tide are more complicated. It is true that all of its leaders define themselves as left-of-center or progressive and have much in common, even if Mexico’s López Obrador stands out from the rest by displaying some authoritarian tendencies.
All of these movements and leaders are largely responses to the relatively poor management of the Covid-19 pandemic that centrist or right-of-center incumbents in Latin America incurred in. They all have a strong social content, and a populist one also, in that they revive ancestral grievances against Latin American and foreign oligarchies; insist on putting the poor first; and adopt many anti-extractive stances on natural resources, the environment, original people’s rights and cultural autonomy. And inevitably, if not in the minds of the new or soon-to-be elected leaders, at least in those of their followers, a clearly anti-American stance is discernible.
Since many of the demands put forth by these new governments involve mining, energy, land and foreign investments, there may be friction with American interests and policies in the months and years to come.
But there are also significant differences between many of these governments and movements, as well as with the first pink wave and with the traditional autocratic, dictatorial left in Cuba, Nicaragua and Venezuela.
Some of these new leftist leaders and candidates share a clear democratic inclination, because they spring from anti-dictatorial struggles in the past. Boric, whom former Chilean economy minister and Senator Carlos Ominami has called the “New Chilean way,” is one of them, as is Lula in Brazil and even Fernández in Argentina.
Several of them are sharply critical of the Cuban, Venezuelan and Nicaraguan dictatorships. Boric, Lula and Petro are all tacking to the center, since their electoral systems include run-offs that cannot be won without alliances beyond their core electoral bases. Significantly, anti-free-trade rhetoric aside, countries like Chile, Peru, Colombia and Mexico have all signed free-trade agreements with the US and show no signs of wanting to withdraw from them.
Despite their best intentions and enthusiasm of their followers, their victories do not guarantee sweeping social change. Every Latin American economy has been battered by the 2020 recession; poverty and inequality have increased as a result; fiscal revenues have dropped as economic recovery is taking longer than expected. It will not be easy to satisfy the demands of the streets and the polling booths.
Nonetheless, Latin America, with the exception of Cuba and Venezuela, will not be fertile hunting ground for China and Russia. And despite occasional anti-American rhetoric, most of these new leaders have either been friendly to the US in the past or have promised to be so in the future.
Indeed, at least in regard to US President Joe Biden’s economic, social and environmental agenda, if not his actual accomplishments, there is a great deal of affinity between the current administration in Washington and the perhaps-misnamed new pink wave in Latin America.
They are all facing the challenge of (re)building their welfare states, which were proven to be defective in the face of the pandemic and the ensuing economic contraction. The upcoming Summit of the Americas, scheduled for early June in Los Angeles, will provide an excellent opportunity to emphasize that affinity, and put to rest the temptation to see a new Cold War in Latin America, with the US on one side, China and Russia on the other, and the region’s nations caught in between.
If the Biden administration emphasizes this affinity and seeks common ground instead of re-fighting the war on drugs and declaring a new war on migration, this sea change in Latin America can become a great opportunity for the US.
That would be a more constructive way to view trends in Latin America, rather than overinterpreting state visits, speeches and announcements that may never come true.

The Power of DIY: This CNN Hero helps women build new lives by training them for construction careers