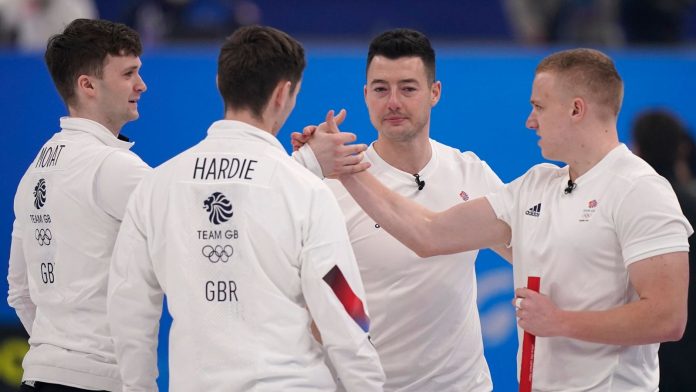 Great Britain take silver, their first medal of the Winter Olympics, despite losing the men’s curling final in Beijing; Sweden claim a narrow 5-4 victory in the first extra end

Team GB narrowly missed out on a historic curling gold medal after being beaten 5-4 by Sweden in a dramatic men’s final in Beijing.

Great Britain, looking to win their first men’s curling gold since 1924, picked up one in the opening end but saw Sweden grab the advantage when skipper Niklas Edin took two in the second.

Edin stole one in the third and intentionally blanked the fifth end, having watched Team GB reduce the deficit in the fourth, to ensure Sweden retained the hammer going into the second half of the contest.

Great effort from Great Britain as they earn the #Silver medal in men’s #Curling, the team’s first medal in this event since 2014!#Beijing2022 | #StrongerTogether | @TeamGB | @TeamMouat pic.twitter.com/NmYybem9KW

Team GB were involved in a stalemate in the sixth and produced a steal in the next to level the match, only for Edin to hand back the hammer after being forced to pick up one and move Sweden back ahead in the eighth.

Mouat purposely blanked the ninth end to retain the hammer in the final end, where he was able to find the one required to extend the match, before Sweden claimed victory in the first extra end.

Great Britain booked their place in the final after an extraordinary 12-11 semi-final win over Sweden, fighting back from a 4-0 deficit after the first end to seal victory in an extra end.

It capped a remarkable route for Muirhead’s team, consisting of Vicky Wright, Jennifer Dodds and Hailey Duff, who had to battle through a tough qualifying tournament just to reach Beijing.

Team GB only squeezed through to the semi-finals having won their final round-robin match and seeing two other results going their way, which was enough for them to finish third in their group.

The final against Japan, who like Britain squeaked through the group stage with a 5-4 record before beating round-robin leaders Switzerland in their semi-final clash, will give Muirhead the chance to avenge her bronze medal defeat to the same team in Pyeongchang four years ago.