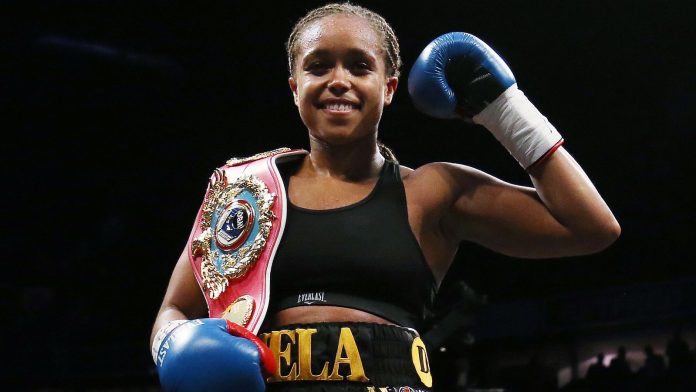 Natasha Jonas became a world champion at the third time of asking by sensationally stopping Christian Namus in two rounds on Saturday in Manchester.

Jonas won the vacant WBO super-welterweight title after heavily knocking down Namus in each of the first two rounds.

Jonas first sent Namus crashing to the floor with a swift right hook, and although the Uruguayan rose to her feet she was visibly unsteady.

Jonas swarmed and Namus was possibly saved by the bell for the end of the round, still on unstable legs.

But the Liverpool veteran was just as powerful in the second round, completing a flurry with a left hook to send Namus down again.

Jonas, now 37, had spoken of her aspiration to bring a world title belt back home to her daughter and, after twice falling agonisingly short, she has finally reached boxing’s peak.

She had held Terri Harper to a draw and was on the wrong end of a close decision against Katie Taylor in her previous world title challenges.

She bravely jumped three weight divisions for her latest, and possibly last, attempt but it paid off after her most emphatic career performance.

Jonas said: “I was prepared for a hard battle and I knew it would be. I’ve got to give her props, she took it at short notice but I respected who she was and what she came with.

“I knew if I did everything I did in sparring and brought it into the ring, I would win. It was just a case of how I did it.

“You never want to do overtime in this sport and I had her in the first round. Joe said ‘go at her’ and that’s what I did. Luckily enough I got the stoppage.”

Mayfield released by Panthers | Could 49ers move for QB?

Eto’o filmed in physical altercation with fan in Qatar

The world will gain enough renewable energy in 5 years to...