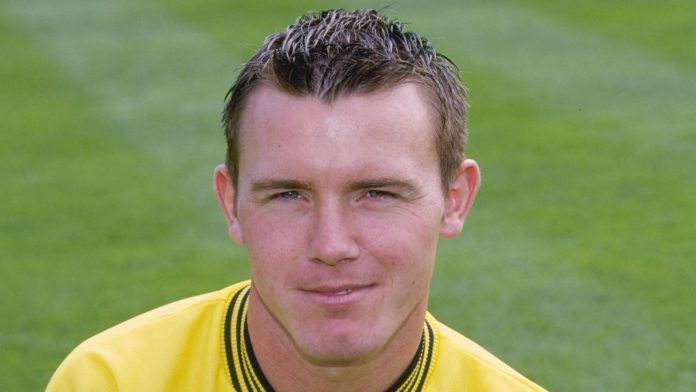 Former Oxford Utd winger Joey Beauchamp dies at age of 50; Beauchamp signed with home-town club in 1987 and was sold to Premier League side West Ham in 1994 for a then club-record fee of £1.2m; Beauchamp returned to Oxford in 1995 making 428 appearances and scoring 80 goals

Oxford United have paid tribute to their former winger Joey Beauchamp, who has died at the age of 50.

Beauchamp signed with his home-town club as a YTS trainee in 1987 and was sold to Premier League side West Ham in 1994 for a then club-record fee of £1.2m.

However, the winger did not play a competitive match for the Hammers, as he switched to Swindon just a couple of months later to be closer to his family.

We are deeply saddened to learn of the death of a true Oxford United great.

Beauchamp returned to Oxford in November 1995, and ended up making 428 appearances and scoring 80 goals for United – leaving him 10th and fifth respectively in the club’s all-time lists – before a toe injury ended his career in 2002.

“The thoughts of everyone at Oxford United are with the family and friends of Joey Beauchamp who has passed away aged 50,” a club statement read.

“The club will pay fitting tribute to one of its greatest ever players in due course but for now we ask fans to allow Joey’s family some privacy at this incredibly sad time.”

Swindon added in a statement: “We are heartbroken to learn of the death of former Town player, Joey Beauchamp.

“Our thoughts and prayers go out to Joey’s family and friends at this incredibly sad time.”