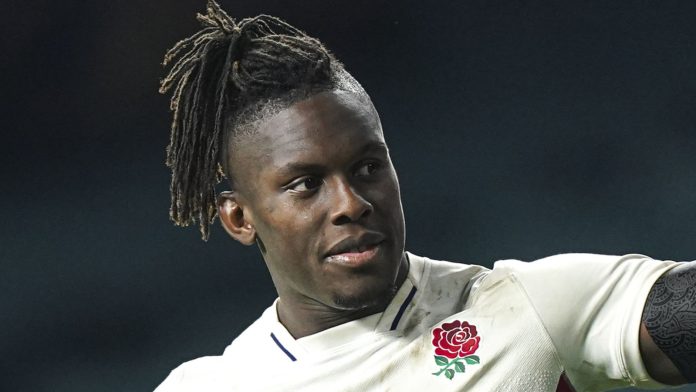 England second row Maro Itoje believes rugby could bring larger audiences if they replicated Super Bowl approach to entertainment; over 29 million households in US watched game last week; Itoje said: “I didn’t watch the Super Bowl but I did see the half-time show”

Over 29 million households in the United States watched last weekend as artists such as Mary J Blige, Eminem, Snoop Dogg and 50 Cent performed at half-time of the game between the Cincinnati Bengals and the Los Angeles Rams.

Itoje, who is represented by Jay-Z’s ‘Roc Nation Sports’, believes the NFL’s approach to its showpiece event should be emulated by a sport that is seeking to broaden its appeal.

“I didn’t watch the Super Bowl but I did see the half-time show and that would be amazing if somehow that could be replicated in rugby,” the England second row said.

“It was a spectacle and a lot of people are talking about how great a match it was, but the half-time show has brought a lot of eyes to the Super Bowl itself, so it’s mutually beneficial.

“Those artists – that’s almost the hottest ticket in town – the chance to perform in a half-time show, so I’m sure they are very happy.

“The show was brilliant and if that could be replicated somehow in rugby that would be great.”

Even without any significant half-time show, Twickenham easily sells out every time England renew their rivalry with Wales.

“Games against Wales are always intense and tough, Itoje said. “There’s a lot of passion, a lot of pride on both sides of the field.”

“They tend to be enjoyable, high-pressure games – the games you want to be a part of. These are the games that you want to play in.

“Wales are a team that never give up. Wales are no mugs, they are a very good outfit, a very good team and they play some good rugby.

“They are a team you have to have your focus on concentration for throughout the game.

“This Six Nations is open. Anyone can beat anyone on the day. This tournament is about being bold and trying to put your best foot forward.

“If you slip up too much you’ll fall behind so we want to be bold, we want to put our best foot forward and we want to take advantage of the opportunities we have in front of us.”