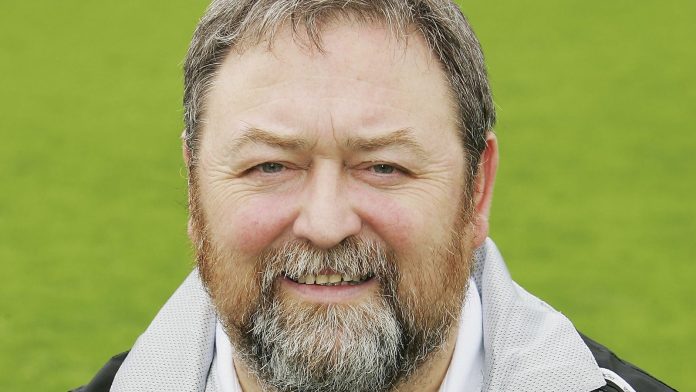 Steve Black coached at Newcastle Falcons and had roles with Wales and the British and Irish Lions as well as being a mentor for Jonny Wilkinson; he also coached football at Newcastle United, where he was on Kevin Keegan’s staff, and Sunderland

Former Newcastle Falcons coach Steve Black has died at the age of 64.

Black was also a coach in football at Newcastle United and Sunderland.

He served on the Falcons’ coaching team twice – in a variety of positions – as well as taking roles with Wales and the British and Irish Lions and was mentor to England’s World Cup-winning star Jonny Wilkinson.

Falcons have said they will hold a minute’s silence for him before kick-off at Sunday’s Premiership Rugby game against Exeter.

A club statement this morning reads: “All at Newcastle Falcons are deeply saddened to learn of the death of our friend and former colleague, Steve Black.

“The jovial Geordie was the spiritual heartbeat of the Falcons from the very early days of professionalism, helping steer Newcastle to promotion and then the Premiership title at the first attempt.

“Winning multiple domestic cups under his watch, Blackie’s unique motivational talents saw him succeeding with the Welsh national team and the British & Irish Lions, as well as with Newcastle United and Sunderland football clubs, and numerous other elite sportspeople.

“Much more than his sporting achievements, Blackie was a friend to all of us – a proud Geordie who understood the value of people, and how to inspire them.

“Our deepest condolences go out to Blackie’s family, and his many, many friends. You will never be forgotten. RIP, Blackie.”

Alan Shearer has said on Twitter this is “awful news”.