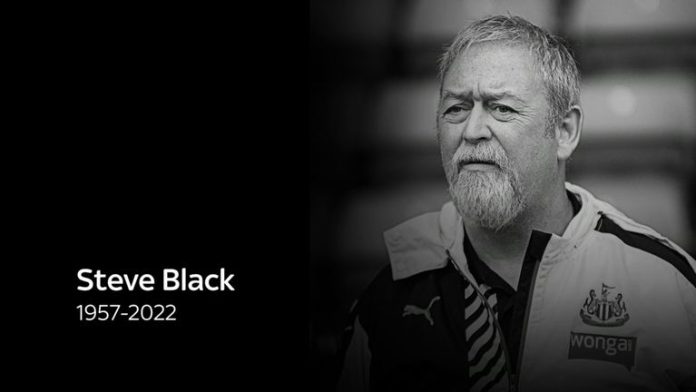 Newcastle Falcons captain Callum Chick was red-carded after 25 minutes of their 15-14 Gallagher Premiership defeat to Exeter Chiefs; Dean Richards: “We’ve reached a moment in rugby where officials are making quick decisions rather than the correct decision.”

Dean Richards criticised the performance of the officials after his Newcastle Falcons side narrowly missed out on a win over Exeter.

Joe Simmonds’ late penalty ensured the visitors edged a tightly-fought contest 15-14 in poor conditions, but the game’s big moment came when Newcastle’s Callum Chick was red-carded for a high tackle midway through the opening half.

At that point, the Falcons were leading 7-0, but close-range tries from Patrick Schickerling and Jack Innard either side of half-time turned the game on its head, putting the visitors 12-7 up.

Richards felt the red card was a hasty call from Christophe Ridley and that his team could have won the game without the disadvantage.

Newcastle’s director of rugby said: “We’ve reached a moment in rugby where officials are making quick decisions rather than the correct decision.

“If he gives us a yellow card [for Chick] then we accept it but you can’t make such a critical decision in the game as quickly as that and I think it’s had a huge impact on the game.

“I was speaking to Rob Baxter and he was saying the same thing about how quick these decisions are being made.

“If we had kept 15 players on the field then I think we would have competed differently in certain situations in the second half. We needed to decide if we should go with seven or eight men in the scrum and then be one light in the backs.

“The lads really stood up this afternoon, we had 17 players who have come up through our academy and 21 of the squad are English players and that means a lot.

“It showed after going down to 14 men that they were fighting for each other.”

Exeter director of rugby Baxter was delighted to come through a tricky trip to the north east with a victory.

The weather made for incredibly difficult conditions throughout, and Baxter revealed it had already affected the Chiefs’ travel plans ahead of the game.

“It’s important to be taking points home with us,” he said.

“We set off on the coach yesterday and spent seven hours on it coming up here to play in atrocious weather and we can go home enjoying ourselves.

“The win has flipped the table for us from where we are to maybe fifth or sixth. We’ve taken 12 points from our last three games which is immense considering the types of players we’ve not had available.

“The big thing in the game today was probably not being able to get real control on the lineout because we were able to get into their territory easy enough. When it went right then you could see it was going really well.”