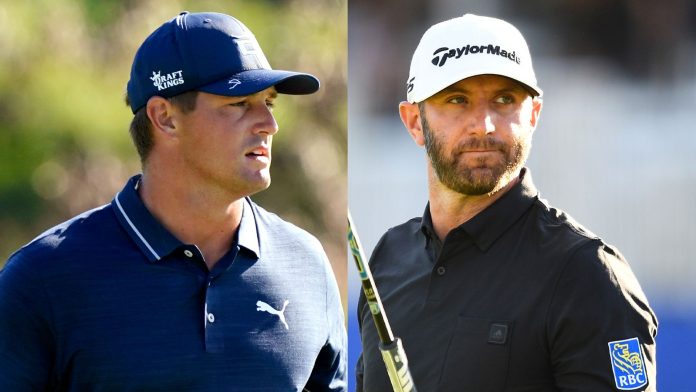 Dustin Johnson and Bryson DeChambeau will not join the proposed Saudi Arabia-backed breakaway golf league after they pledged their commitment to the PGA Tour.

Two-time major winner Johnson described the proposed breakaway competition as a “really good concept” ahead of the Saudi International, the flagship event on the Asian Tour, earlier in February.

However, in a statement released by the PGA Tour on Sunday, Johnson said: “Over the past several months, there has been a great deal of speculation about an alternative tour; much of which seems to have included me and my future in professional golf.

“I feel it is now time to put such speculation to rest. I am fully committed to the PGA Tour.

“I am grateful for the opportunity to play on the best tour in the world and for all it has provided me and my family.

“While there will always be areas where our Tour can improve and evolve, I am thankful for our leadership and the many sponsors who make the PGA Tour golf’s premier tour.”

Hours later, DeChambeau wrote on his official Twitter account: “While there has been a lot of speculation surrounding my support for another tour, I want to make it very clear that as long as the best players in the world are playing the PGA Tour, so will I.

“As of now, I am focused on getting myself healthy and competing again soon. I appreciate all the support.”

DeChambeau withdrew from the Saudi International after an opening 73 earlier this month, citing hand and hip injuries.

Johnson made the announcement two days after he missed the cut in the Genesis Invitational – his second PGA Tour appearance of 2022.

He was among a number of leading golfers, along with fellow Americans DeChambeau, Phil Mickelson and Xander Schauffele to play at the Saudi International.

Ahead of that event, Mickelson accused the PGA Tour of “obnoxious greed” and leading players to look towards other opportunities.

But in an excerpt from Alan Shipnuck’s upcoming book, titled ‘Phil: The Rip-Roaring (and Unauthorized!) Biography of Golf’s Most Colorful Superstar’, the 51-year-old claims the new league is an attempt at “sportswashing” by the Saudi regime.

‘Players are coming to their senses’

“Hard facts were something that were quite hard to come by with some of the stuff regarding the Saudi Golf League,” said Dougherty.

“It was a lot of speculation and rumour but they were punting towards De Chambeau potentially being the headline, the poster boy of that league.

“That’s high impact [DeChambeau committing to the PGA Tour], as is Dustin Johnson. That follows on the back of Rory McIlroy and Jon Rahm, the current world No 1, pledging fealty to the PGA Tour.”

Former PGA champion Rich Beem added: “Slowly but surely, players are coming to their senses a little bit and saying, ‘You know what, the backlash from that other tour isn’t really worth it. Let’s go ahead and make the PGA Tour a better place to play. Maybe we can come together on a few things but I look at where everybody is at player-wise.’

“I like what they’re doing. They’ve said, ‘We’ve got to come together.'”

I found it really interesting what Phil Mickelson reportedly said, basically calling out Saudi Arabia and saying it’s sports-washing, and then saying that I am really doing this in order to leverage what we can do better on the PGA Tour.

Why go about this in a completely roundabout way and make it so controversial? Why not rally the players, explain to every player how the media rights work on the PGA Tour and the other monies you can get from owning your own social media rights and rally together as a unit rather than going to Saudi Arabia and causing all this? It doesn’t make sense to me.