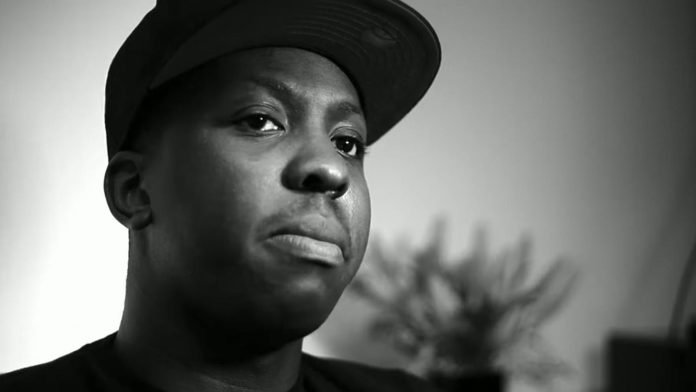 He was the founder of SBTV, an online urban music platform that helped artists like Dave, Ed Sheeran and Jessie J come to prominence.

Born in Luton, Edwards was appointed an MBE for services to music in 2014 and was an ambassador for the Prince’s Trust, which helps young people set up their own businesses.

‘His legacy will live on’

The MOBO Awards said: “We are deeply saddened to learn of Jamal Edwards passing.

“As the founder of SBTVonline, his groundbreaking work and legacy in British music and culture will live on.

“Our hearts and thoughts are with his friends and family.”

He attended the Brit Awards earlier this month and reportedly performed as a DJ at a gig in north London on Saturday night.

A representative said he died on Sunday morning but no other details have been released.

The son of Loose Women panellist Brenda Edwards, he grew up on a council estate in Acton, west London, according to the Prince’s Trust.

He was a teenager when he started SBTV to upload clips he recorded of his friends performing on the estate, and has since grown the YouTube channel into a multimillion-pound online youth broadcaster.

SBTV has made music videos with popular artists like Nicki Minaj, gaining more than 1.2 million subscribers.

‘Anything is possible if you stay dedicated’

When Edwards received his MBE at the age of 24, he wrote on Facebook: “Never in a million years did I ever think I would receive such an accolade.

“For me this is about us the YOUTH, with so much negativity around us it’s hard sometimes to stay positive and fight for your dreams.”

He said he worked in retail for four years while he was starting his YouTube channel and encouraged young people to “invest” in themselves to build a better life.

Very sad to hear that @jamaledwards has passed away. I first met him shortly after he founded SBTV. Trailblazing, magnetic and super talented he remained very committed to raising up all young people whatever their background. Gone far to soon. https://t.co/xUCR1azYOI

He added: “I am over the moon to be honoured for my contributions to music, honestly people anything is possible if you stay dedicated.

“I was forced to carve my own path, taking an untraditional route, part of a digital culture rewriting the rules and breaking down barriers.”

In true entrepreneurial spirit, the introduction to his Facebook page reads: “There are those who look at things and ask why. I’d say dream of things that never were and ask why not.”

I did a TV thing with Jamal Edwards years ago encouraging young people to vote, and he was so full of passion, talent and humanity.

What absolutely horrible news. He made such a big cultural impact and that legacy will never go away. RIP. https://t.co/m3V1GRrZ88

Edwards ‘changed the lives of others’

Tributes started pouring in as the news of his death broke.

Amelia Dimoldenberg, the creator of Chicken Shop Dates, called him “one of the most generous people I have ever met” and “someone who loved music and truly believed in all the joy it brings”.

“You have shaped culture and changed the lives of others – never to be forgotten,” she said.