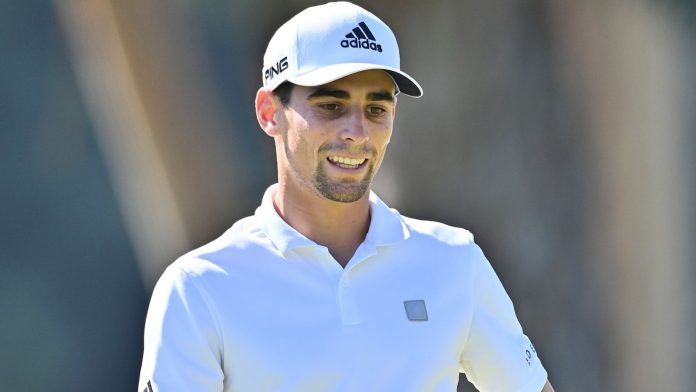 Joaquin Niemann, who is the youngest winner of the event since World War II at 23, won his only previous PGA Tour title at The Greenbrier in 2019 and ended the week a shot shy of matching the tournament’s lowest 72-hole score

Joaquin Niemann won his second PGA Tour title as he held off Collin Morikawa and rookie Cameron Young to complete an impressive wire-to-wire victory at the Genesis Invitational.

The Chilean, 23, finished two shots clear of fast-finishing Morikawa, chasing the world No 1 spot with a victory, and Young after a final-round level-par 71 at Riviera Country Club.

Having opened the event with 63s in consecutive rounds, Niemann, whose previous victory came at The Greenbrier in 2019, ended the week a shot shy of matching the tournament’s lowest 72-hole score.

Niemann, who is the youngest winner of the event since World War II, saw his three-shot overnight lead cut to a single stroke when he bogeyed the seventh after playing partner Young had birdied the first.

However, Niemann bounced straight back to birdie the next as Young bogeyed, with Morikawa, playing in the penultimate group, six shots back at the turn after mixing three birdies, including a chip-in at the seventh, with one bogey.

Niemann chipped in for an eagle on the par-five 11th to open up a commanding five-shot lead, only for him to bogey the 14th and 15th, the latter coming after Young had holed out from 53 yards for an unlikely birdie to reduce the deficit to just two shots.

However, Young bogeyed the 16th after failing to get up and down from a greenside bunker.

Having holed out for an eagle with his second shot at the 10th, Morikawa birdied the 16th and 17th but missed from 10 feet for another on the 18th as the two-time major winner shot his low round of the week, a 6-under 65.

This enabled Niemann the make two closing pars to seal victory in a field that featured the world’s top 10 players.

Rory McIlroy carded a closing 68 to finish in a tie for 10th, with England’s Paul Casey and Scotland’s Robert MacIntyre tied 15th.