Home World An entire group of men is being left out of the workforce.... 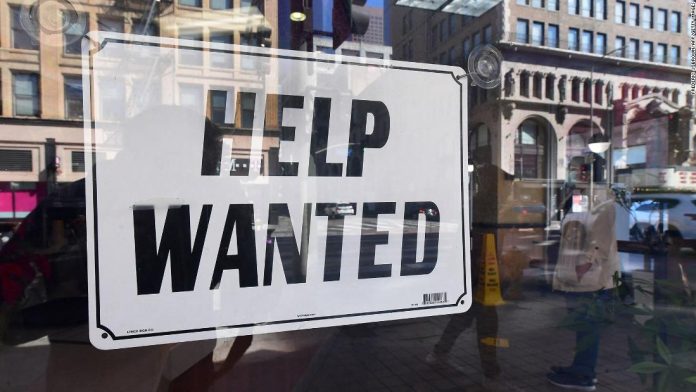 Criminal records are keeping certain workers from finding good jobs. This is particularly true of men in their 30s.
More than half of that group has a history of criminal conviction or arrest that keeps them from fully participating in the labor market, a study from nonprofit research group RAND Corporation released Friday found. As of January, just over one million men between the ages of 24 and 35 were counted as unemployed, the biggest group of jobless males, according to the Bureau of Labor Statistics.
By 35, some 64% of unemployed men have been arrested, and about 46% have been convicted of a crime, according to the study. Nearly a third of American adults have been arrested at least once, a far higher level than in comparable Western European countries.
“Employers need to understand that one big reason they cannot find the workers they need is too often they exclude those who have had involvement with the criminal justice system,” said Shawn Bushway, the study’s lead author and a senior policy researcher at RAND.
“Most employers believe that most people with criminal histories will commit offenses again. But that is not the case,” Bushway said. “And the risk of re-offending drops dramatically as people spend more time free in the community without a new conviction. Employers need to adopt a more-nuanced approach to the issue.”
One complication is that the severity of the crime is not taken into consideration. If businesses draw the line at any criminal record, applicants arrested for a minor offense, such as possession of marijuana, get lumped in with applicants with more serious convictions like a series of assaults.
Some convictions might disqualify a candidate from a certain job — for example, a person convicted of violent crimes might not be permitted to drive a school bus. But there are many Americans convicted of drug offenses concerning substances that have since been decriminalized in some states. Yet, their records still exist.
Discrimination against people with criminal records isn’t new. A recent study from the Census Bureau looking at unemployment and criminal histories around the time of the Great Recession found that workers with felony convictions were some 10 percentage points less likely to be employed compared with peers without records. Workers released from prison were even less likely than their peers to find a job.
Policy efforts like Ban the Box that stop companies from asking about criminal histories on applications don’t really solve the problem either because it’s easy to check records through publicly available commercial databases, according to RAND.

The issue of finding workers has taken on more urgency in recent months, as the pandemic has left America with nearly 11 million open jobs and nowhere near that number of people to fill them. Covid has led many workers to leave the workforce early, hold out for better working conditions, or remain at home to care for family members and avoid exposure to the virus. There are currently only 58 unemployed workers for every 100 open positions, according to ZipRecruiter.
Without a more concerted effort to reintegrate workers with criminal histories into the labor force, employers are losing out on a big pool of willing workers.
Among unemployed men aged 30 to 38 in 2017, the majority had been arrested at least once, while nearly 40% had been convicted at least once. More than 20% of the group had been imprisoned.
On top of that come the racial disparities in America’s criminal justice system. In the studied group, it was 33% more common for Black men — both employed and unemployed — to have been arrested compared with White men at every age from 18 to 35. Hispanic men also had higher rates of arrest, conviction and incarceration compared with White men.
Higher rates of criminal histories paired with racism and discrimination in the labor market put these workers at a severe disadvantage.
This is also notable because the number of jobs for men without a college degree has changed significantly since the mid-20th century, especially with the advent of globalization in the manufacturing industry. America’s transition from a manufacturing to a services economy has meant fewer well-paid blue collar jobs
Government programs that focus on workplace training and building skills for the unemployed are missing the point in a big way, according to Bushway.
“The unemployment system almost never looks at the role that criminal history plays in keeping people out of the workforce,” she said.

Rare protests are spreading across China. Here’s what you need to know