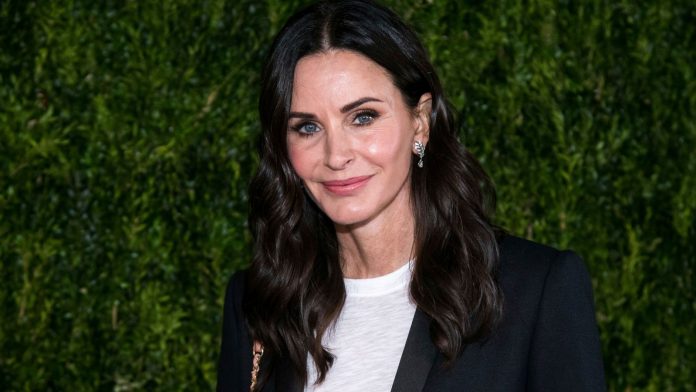 Courteney Cox has spoken out about the pressure of fighting ageing, saying she didn’t realise when she was younger that “injections and doing stuff” to her face left her looking “strange”.

The actress, 57, said in a new interview that there was a time when she would “chase” youthfulness but has become more “grounded” about getting older.

Speaking to The Sunday Times’ Style magazine, Cox said she had let go of trying to look the same as she did when she was starring as Monica Geller in Friends in the 1990s and 2000s.

“There was a time when you go, ‘Oh, I’m changing. I’m looking older’,” she said. “And I tried to chase that [youthfulness] for years. And I didn’t realise that, oh s***, I’m actually looking really strange with injections and doing stuff to my face that I would never do now.”

Cox added: “There was a period where I went, ‘I’ve got to stop. That’s just crazy’.”

“There’s no question that I am more grounded, I’ve learnt so much in my life – what to enjoy, what to try to do more of and what to let go of.”

Cox also addressed media attention on older female celebrities, saying: “The scrutiny is intense, but I don’t know if it could be more intense than what I put on myself.”

Friends reunited and being pranked by Ed Sheeran

Also known for her role in the Scream films, as well as Friends, the actress is starring in a new comedy-horror series Shining Vale, with Greg Kinnear.

As well as discussing the new show, she spoke about the Friends reunion in 2021, saying it was “fantastic” to see her former castmates and “reminisce”.

When the reunion aired there was some online speculation about Matthew Perry, who played Cox’s on-screen husband Chandler Bing and has openly struggled with addiction issues in the past.

Speaking about Jennifer Aniston and Lisa Kudrow, who played Rachel Green and Phoebe Buffay, Cox said she sees them as sisters.

“We’re just really comfortable,” she said. “We’ve shared so much history together and we laugh. Lisa’s laugh alone is the most infectious laugh I’ve ever heard. It’s adorable. We have deep conversations, we also have silly times.”

Cox also spoke about her friendship with British star Ed Sheeran – and revealed the unusual way in which he pranks her whenever he stays at her home in Malibu – apparently by buying gimp masks through her Amazon Alexa.

“I must have five. I forget they’re here,” she said. “I was trying to sell this piano that’s in the guest house where Ed stays and this older couple, they must have been almost 80, came to look at it and there was a gimp mask with this long beak lying on it. I was so embarrassed.”