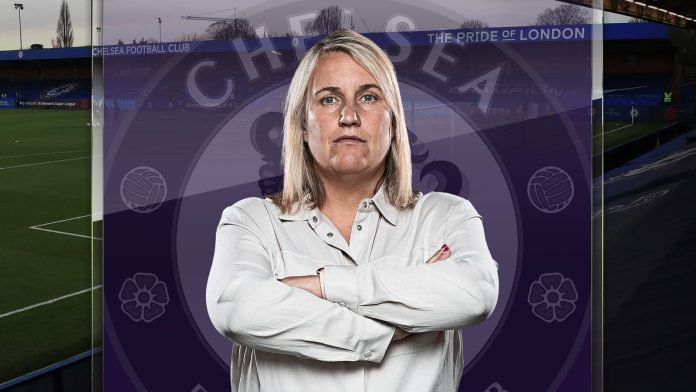 Chelsea manager Emma Hayes has recently called for more England opportunities for full-back Jess Carter, who has repaid her faith by recording two clean sheets and an assist in February. Carter set up team-mate Guro Reiten with an excellent cross in the 1-0 win over Manchester City and the 24-year-old was arguably even more impressive in defence during the 0-0 draw with London rivals Arsenal.

Highlights of the Women’s Super League match between Chelsea and Manchester City.

Goalkeeper Ann-Katrin Berger has been in fine form for Chelsea this month, helping her side keep two clean sheets with a host of saves. Her efforts have helped the Blues close the gap on league leaders Arsenal while her save of Jess Park’s shot in Chelsea’s 1-0 victory over Manchester City was crucial.

Highlights of the Women’s Super League match between Birmingham and Leicester.

Leicester centre-back Ashleigh Plumptre has been a key presence for the Foxes in February. Her performance against West Ham saw the side keep a clean sheet, while her early goal helped take Lydia Bedford’s side above Everton in the league table. Plumptre was also impressive against Birmingham as Leicester ran out 2-1 winners.

Highlights of the Women’s Super League match between Leicester and Everton.

Another immense defender for Leicester, a goal, assist and clean sheet capped off a notable month for Jemma Purfield. She scored the winning goal in the Foxes’ 2-1 win against Birmingham in addition to registering an assist in a 3-0 victory over West Ham.

Highlights of the Women’s Super League match between Aston Villa and West Ham.

Despite Aston Villa’s mixed form this month, Alisha Lehmann has been a vital figure for her side. She scored a goal in Villa’s 2-1 loss to West Ham as well as providing an assist in her side’s 2-0 away victory at Everton. Lehmann’s contributions have helped Villa move towards safety and the forward has been a consistent threat on the right wing this month.

Full-back Ashleigh Neville has been a difference-maker for Tottenham this month. She scored and provided an assist against Brighton as her side ran out 4-0 winners. Neville’s influence continued against Birmingham as she scored again and proved to be the catalyst for Spurs’ second goal of the game in the 2-0 win.

February was a challenging month for Emma Hayes’ Chelsea, who earned four points from a potential six against Manchester City and league leaders Arsenal. Hayes will be proud of her squad’s defensive efforts as Chelsea successfully kept clean sheets against two of the most potent attacking sides in the WSL.

Leicester boss Lydia Bedford has inspired an upturn in form for the Foxes in 2022 and two wins this month have moved her team out of the relegation zone. Leicester’s 2-1 victory away at Birmingham was an important one and the following 3-0 win over West Ham exemplified the confidence of Bedford’s side.

Rehanne Skinner’s Tottenham have closed the gap in the WSL title race with a perfect month – they won both of their matches and scored six goals without conceding. Under Skinner, Tottenham have already surpassed their greatest points tally this season and their consistent performances have placed pressure on the teams around them.

Here’s how to follow the WSL on Sky Sports…

Sky Sports digital – Follow all the latest from the WSL across SkySpots.com and app, including exclusive features and interviews, plus dedicated live blog coverage and in-game clips from games live on Sky Sports. You can watch free match highlights from every WSL game this season on Sky Sports’ digital platforms and YouTube channel.

Inside the WSL – Hosted by award-winning broadcaster and journalist Jessica Creighton, Inside the WSL is a comprehensive round-up of all things Barclays FA Women’s Super League and women’s football. Airing weekly from Thursday, September 9 on Sky Sports Premier League, the half an hour show will review and preview matches, include in-depth analysis and exclusive player interviews. Viewers can expect gripping behind the scenes access as well as a summary of all the action both on and off the pitch.

Sky Sports Social – Alongside coverage and visibility for the league across all Sky Sports’ main social media channels, a new bespoke Twitter channel @SkySportsWSL will be the home of all Barclays FA WSL content on Sky Sports.

To add all the Barclays FA WSL fixtures to your calendar click here.