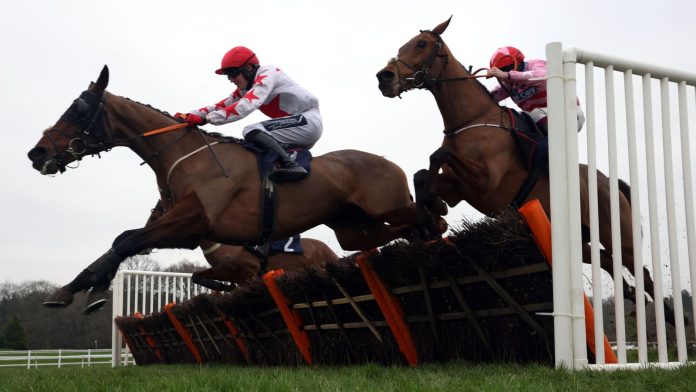 Darver Star bids to get back on the winning trail for trainer Gavin Cromwell in the rearranged BetVictor Boyne Hurdle at Navan on Tuesday.

The two-mile-five-furlong contest is one of two Grade Two prizes up for grabs on a card that was swiftly rescheduled after being cancelled on Sunday due to waterlogging.

Gavin Cromwell’s decision to switch his charge back to the smaller obstacles paid off with a wide-margin victory at Punchestown on New Year’s Eve, while he was last seen filling the runner-up spot behind Brewin’upastorm at Lingfield.

Cromwell said: “He’s in good shape. I just hope the ground isn’t too soft. We had a terrible night’s rain, so I really don’t know if the meeting will go ahead or not.

“I’ve just made an entry in the National Spirit Hurdle at Fontwell on Sunday, so we’ll just have to see what the next 12 or 14 hours bring.”

On whether Darver Star could step up three miles at the Festival, Cromwell added: “It just depends. I suppose if he went and won the Boyne Hurdle, and stayed well, we’d leave him in it anyway.”

Matthew Smith is hoping stable star Ronald Pump can get his season back on track.

The Schiaparelli gelding kicked off his campaign by finishing second to the brilliant Honeysuckle in the Hatton’s Grace at Fairyhouse, but has since disappointed at Ascot and Leopardstown.

Smith said: “He seems in good form now – he’s been freshened up since Christmas.

“He never settled at all in Ascot and burnt himself out, then I suppose Christmas in Leopardstown came too soon afterwards.

“We have no real plans after Tuesday. We didn’t even enter him for Cheltenham, but if things went well you could look at Aintree. If they didn’t, we’d make another plan. Nothing is set in stone.”

The other Grade Two on the card is the BetVictor Ten Up Novice Chase, in which Gordon Elliott appears to hold the ace hand.

The Cullentra handler declared the Gigginstown House Stud-owned pair of Farouk D’Alene and Run Wild Fred, as well as Braeside.

Guillermo del Toro on bringing “Pinocchio” to life, one frame at...