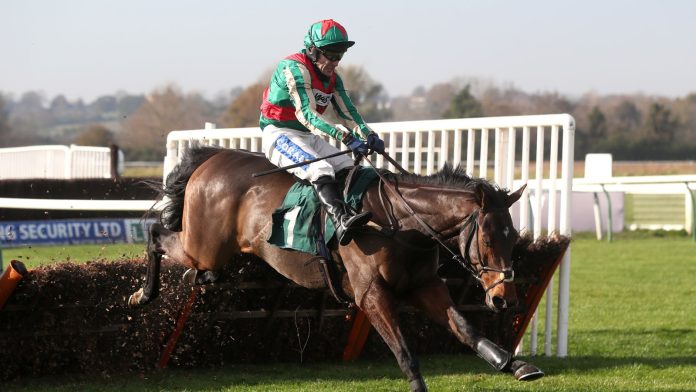 David Pipe has confirmed Adagio is firmly on course for a tilt at the Unibet Champion Hurdle following his encouraging return to action at Wincanton on Saturday.

A Grade One winner in the Finale Juvenile Hurdle at Chepstow last season, the five-year-old went on to finish second in the Triumph Hurdle at Cheltenham and at Aintree.

He again had to make do with the runner-up spot on his seasonal debut in the Greatwood Hurdle in November, and had to miss the International the following month after suffering a minor setback.

Pipe warned that his stable star would improve for his comeback run in the Kingwell Hurdle and having looked the most likely winner early in the straight, he was ultimately outgunned by Goshen.

“He seems to have come out of it all right. He ran a decent race and all roads lead to the Festival now,” said the Pond House handler.

“I think he deserves to take his chance in the Champion Hurdle and that would be the plan.

“Outside of Honeysuckle it’s an open race. A lot can happen between now and Cheltenham and I’m not sure who’ll turn up, but obviously they’ve all got Honeysuckle to beat.”

With autumn wind surgery delaying his reappearance and a subsequent injury keeping him off the track for a further three months, Pipe is praying for an incident-free three weeks.

“We just want a clear run now,” he added. “We’ll worry about our horse and not worry about the others.”