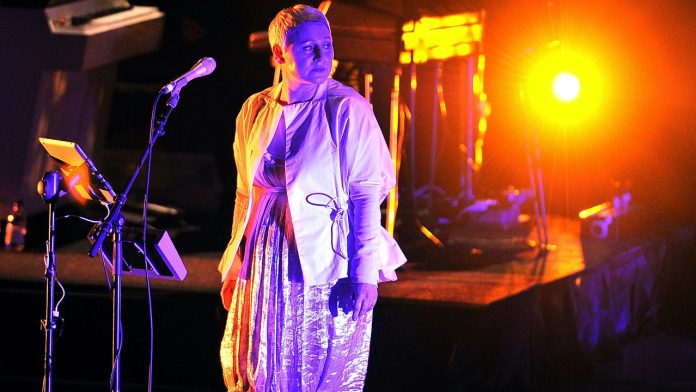 Cocteau Twins’ Elizabeth Fraser will release a new EP on Record Store Day, which takes place on Saturday, April 23, 2022. Sun’s Signature is her project with partner Damon Reece (a drummer who has played with Massive Attack, Spiritualized, and more). Their self-titled 12″ EP features five songs and is being released via Partisan. Check out the tracklist and artwork below.

Some of the songs from the project have familiar names—“Underwater” is the name of a single she released in 2000. Two of the other songs, “Golden Air” and “Make Lovely the Day,” have been performed live.

In recent years, Fraser has recorded with Oneohtrix Point Never and Jónsi. She joined Massive Attack for some performances on the group’s Mezzanine anniversary tour. In 2016, she provided music for the original series The Nightmare Worlds of H.G. Wells.

King of the Hill Revival Announced at Hulu