Home Sport Wilshere: Time to step out of comfort zone | ‘AGF move not... 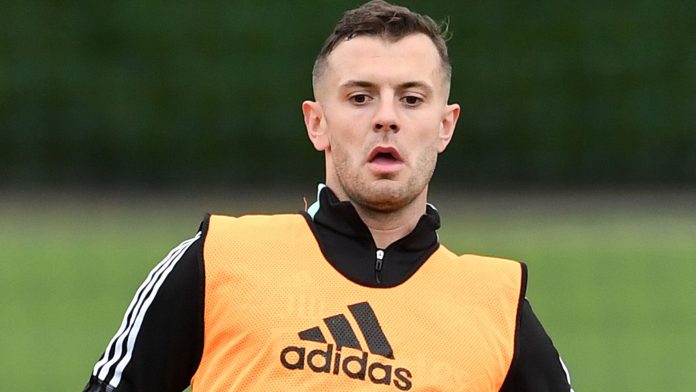 Jack Wilshere says he agreed to move to Danish club AGF after deciding the time was right to step out of his comfort zone, while his new head coach has insisted the signing of the England international is not a publicity stunt.

Wilshere – who will wear the No 10 shirt at AGF – signed for his new club on a contract until the end of the season on Sunday, and has the option of extending the deal by a further year.

The former Arsenal and West Ham midfielder had been without a club since he was released by Bournemouth last summer and had been training with the Gunners and Italian side Como to maintain his fitness as he looked for a new club.

Speaking at a press conference on Monday, Wilshere explained the move came after a conversation with AGF assistant manager Dave Reddington, who worked under Roy Hodgson – who managed Wilshere with England – at Crystal Palace.

“It all happened really quick,” said the 30-year-old. “I had a conversation with one of the coaches, David Reddington. He explained to me about the club, how good it is and how much I’d enjoy it.

“He worked with someone I worked with closely, Roy Hodgson, who I enjoyed working with. I knew Dave would have a similar way of doing things. Then I spoke with the head coach and really liked what they were saying.

Despite not playing a competitive match since May 2021, AGF boss David Nielsen revealed Wilshere is expected to make his debut in their Superliga clash against Velje on Friday.

Nielsen, who played in England at Grimsby, Wimbledon and Norwich, added that AGF signed Wilshere to increase the level in their playing squad and not to gain media attention

“This is not a publicity stunt,” he said. “[Wilshere] is a skilled football player who we think can help us, and we think we can help him. We have done this to make our team better.

“We will make sure that he feels like a good part of the squad.

“Denmark has a good reputation. It is a place where people want to live. He has lived in London, and now he will be able to live in Aarhus. It is an even better place to live!”

Speaking in October, Wilshere said he was not ready to call time on his playing career

Wilshere admitted he is short of match fitness, but believes his work with former club Arsenal this season will stand him in good stead for his debut this week.

“I’m not fully match fit because I’ve not played, and the only way to get match fit is to play matches,” he said. “But what I would say is I’ve been training for a long period of time with good players.

“I’m ready to play, I’m ready to be selected by the manager and I’m looking forward to it. As a footballer the best thing is playing games.”

Stig Inge Bjornebye, the former Liverpool defender who is now AGF’s sporting director, said on Sunday that he was excited by the Wilshere signing.

He said: “Jack needs no further presentation and he has shown his worth on both club and national level over the past 10 years.

“When the opportunity arose to get him here to Aarhus, we had no doubt that we would like to pursue it. Jack can contribute with his excellent technique and his eye for the game and he will give us some extra offensive tools.

“He is in good physical shape but obviously lacks some game fitness. But that will soon come and we look forward to seeing him in the white jersey when he has settled in.”

AGF are seventh in the 12-team Superliga, although Friday’s opponents Vejle are bottom of the table.