Home Sport Hillcrest not certain to run at Cheltenham Festival 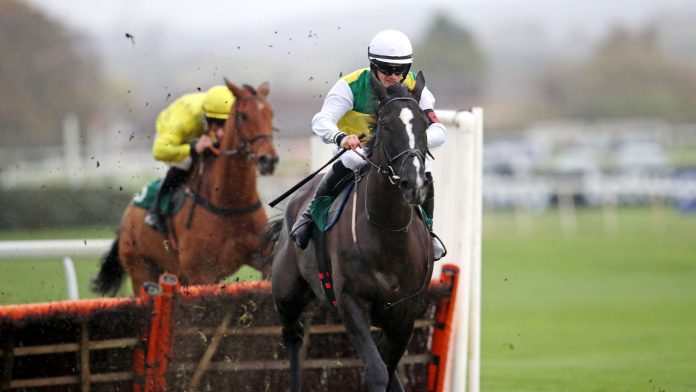 Henry Daly, trainer of exciting novice hurdler Hillcrest, has said the horse will let him know if he is ready to run at this year’s Cheltenham Festival.

The seven-year-old is unbeaten over hurdles when completing, having won four races including a Grade Two victory at Haydock last weekend, with his sole blemish an unlucky unseat at Cheltenham in January.

His dominant victory at Haydock saw the horse trimmed into 6/1 for the Albert Bartlett Novices’ Hurdle at the Cheltenham Festival, the shortest price of the British runners touted for the race.

But trainer Daly issued a warning to prospective punters, telling Sky Sports Racing he is not a certain runner in the race and could instead head for Aintree.

“We’ve got the option of the Sefton at Aintree and I doubt very much that he’ll do both,” Daly told Sky Sports Racing.

“I had a conversation with Mick Meagher (Trevor Hemmings’ racing manager), and we took the view that we’d let him tell us when he’s ready to run.

“I don’t think he had a tough race on Saturday but he’ll tell us. If he’s not ready, he won’t go there. It’s not the be all and end all for him. His end game is chasing, or it certainly looks that way.

“But it would be nice to run him in one of them big races before the end of the season.”

Daly also said he was hoping the gelding would improve for fences next season, with a novice chasing campaign planned for the scopey seven-year-old.

“He’s a big boy that’s for sure and I think that’s what endears him to the public,” he added. “He’s a lovely galloper at home but that’s all he does.

“He’s not flash and burns the place up or anything. He just does what he’s asked to do then goes home and has his breakfast.

“You just don’t recognise how quick they are going. When you are watching a race, you don’t really realise it’s happening.

“You’d certainly like to think so [that he’ll be better over fences] but of course he’s got to jump the fences.

“There’s a slight technical problem in that he’s not great in short over hurdles but he’s working out a method of bunny-hopping but I wish he was a bit better at it.

“It’s the function of his size. His back end catches up with his front end very fast with such an enormous stride on him.”