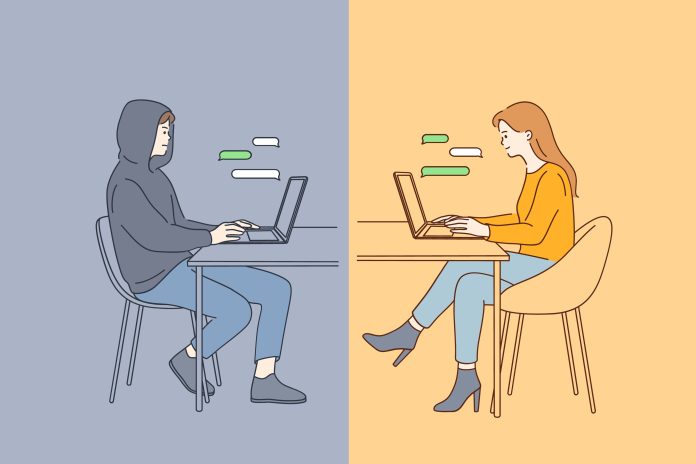 This past Valentine’s Day, the Federal Trade Commission released a warning that online romance scams were at an all-time high. These scams involved a predator adopting a fake persona and pursuing an online relationship with an unsuspecting victim.

Online romance scams are also known as “catfishing,” based on the 2010 documentary (and subsequent MTV reality series) about a young man who believed he was communicating with a Michigan woman named “Megan.” In reality, Megan was Angela, a married woman in her 40s who used photos she found online to construct a complex, fictional persona. Megan felt very real to her victim, who spent months texting, emailing and speaking with her. Angela also created dozens of Facebook profiles for Megan’s supposed family members, and she later admitted her characters felt very real to her, as well.

Social scientists understand many of the reasons why perpetrators catfish. Catfishing predators often say their own troubles lead them to adopt fake personas for entertainment purposes, to make themselves seem more attractive or to bully others. Other times, predators build the relationship with the intent of asking the victim for money. In 2021, those targeted by online romance scams lost a median of $2,400.

But why do their victims fall for the scam? There are several theories about what motivates a victim to continue a questionable digital relationship. These theories involve psychological processes that operate deep in the subconscious, which means victims can be unaware they are currently in a catfishing scam — and lack understanding about how they fell prey in the first place.

On the MTV reality series Catfish: The TV Show, multiple hosts help young people who are in an online relationship they suspect might be fake. On the show, victims often admit they never video call with their supposed romantic partner, and they accept their excuses for this; say, that the other person’s web camera is broken. Victims also reveal they never meet in-person with their online love interest, even when they live in the same city.

One of the series’ earlier hosts often became frustrated by the victims’ ongoing tolerance for excuses and once exclaimed: “Time out. If you are talking to someone who lives in your city, and they don’t want to meet up with you, they are a catfish and you should run.”

Why don’t the victims run? Scientists studying attachment theory have suggested that these victims may struggle to form romantic ties in real life, and thus subconsciously seek to keep potential partners at a distance. Attachment theory was first explored by in the aftermath of World War II, when psychologist John Bowlby was investigating how babies bonded with their mothers. While it was initially used to study the ways that children become attached to their caregivers, in the 1980s, that framework expanded to include bonds among adults, like romantic relationships.

It wasn’t until 2020 that researchers used attachment theory as a lens for interpreting the motivations of catfishing victims, according to a study published in Sexual and Relationship Theory that year. The scientists surveyed 1,107 adults with an average age of 24.9 years, where almost 75 percent described themselves as a victim of a catfish scam. The participants filled out an assessment to determine their attachment style, which can be categorized as avoidant, anxious or secure. The researchers found that having an anxious attachment style — often expressed as clinginess in romantic relationships — was a predictor for being a catfish target. Beyond that, having both high avoidance and high anxiety increased their likelihood of being a victim.

The participants with both avoidant and and anxious attachment styles, the study authors suggested, were drawn to online-only relationships because they allowed the victim to be regularly “soothed from a safe distance” while maintaining a comfortable commitment level.

Other studies have supported these findings, and surveys with victims of online romance scams have found they expressed high levels of loneliness and low levels of openness, meaning they sought relationships with others but had trouble connecting. The online romance filled the void, even if it wasn’t real.

Scholars who study scams have found the swindlers often create convincing scenarios that lead the victim to err in their decision making. Online relationship researcher Monica Whitty applied a theory of decision making called the Elaboration Likelihood Model (ELM) to digital romance scams to test that idea. ELM holds that people have different ways of processing information: either central or peripheral. With the central route, a person carefully considers the situation and elaborates in their thought process. With the peripheral route, the person relies on associations they have made with certain cues related to the message.

In a study published in the British Journal of Criminology, Whitty argued that ELM can be applied to catfish victims. She interviewed 20 catfish victims — with the longest fake relationship lasting three years — and found they tended to hold romanticized beliefs about their scammer. Within the ELM framework, Whitty suggested the victims used the peripheral route when processing the messages they received. In other words, they paid more attention to the romantic messages themselves, and ignored any troubling content not consistent with the idealized narrative they had created.

Several of the victims, for example, thought they were in an online relationship with an American soldier stationed in Iraq. They believed their supposed soldier was going to soon retire from the military, move to the UK, and marry them. The victims then focused on the romantic messages consistent with both the soldier’s narrative and their romanticized ideals. They ignored red flags, like the soldier asking for money for a plane ticket or to ship his luggage.