Home Sport Whyte and Fury sign for fight – British battle is on! 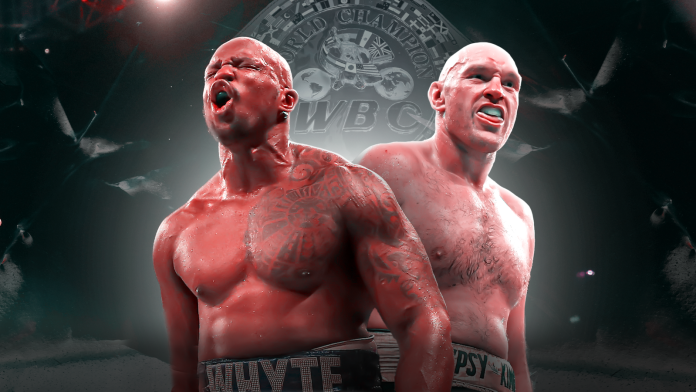 Dillian Whyte and Tyson Fury have both signed their contracts for their WBC heavyweight title fight, Sky Sports understands.

The contracts have been finalised, signed and lodged to the WBC in the closing hours of a deadline day for Fury and Whyte to reach an agreement ahead of their expected fight at Wembley in April.

Whyte, who holds the WBC interim title after a rematch win over Alexander Povetkin, will challenge Fury for the right to become WBC heavyweight champion.

Look back at Whyte’s KO win over Alexander Povetkin

The Brixton man secured his WBC mandatory title shot after knocking out Povetkin last March, while Fury retained his WBC belt with an 11th-round knockout of Deontay Wilder in October.

The winner of Fury vs Whyte could then revive hopes of an undisputed world title fight this year, with Oleksandr Usyk set to defend his WBA, IBF and WBO world belts against Anthony Joshua.

“I just want to fight him for the world title now.”