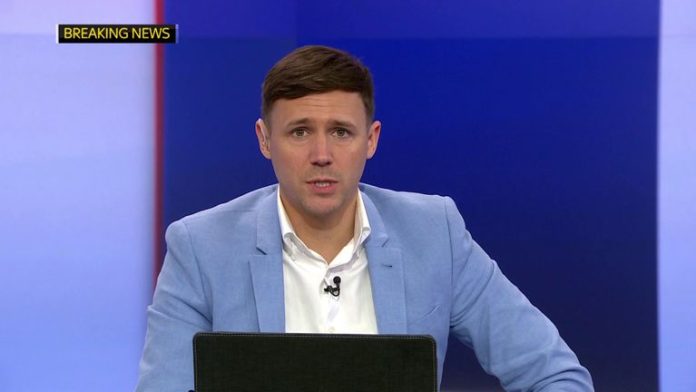 Trailblazing former referee Jarnail Singh says his sons Bhups and Sunny Singh Gill are doing themselves and the community proud as they try and emulate his achievements in the game.

Jarnail is the first turbaned referee in the history of English league football and took charge of more than 150 games across the divisions between 2004 and 2010.

Last season, Sky Sports News revealed Bhups and Sunny Singh Gill were making history as the first pair of British South Asians ever to preside over a fixture in the Sky Bet Championship.

They continue to progress as match officials in their own right and Jarnail believes his sons are giving the community hope that they can make it in the game.

“As a parent, I’m very proud that the boys have followed in my footsteps and they are doing themselves and the community proud,” Jarnail told Sky Sports News.

“I never say that they are doing well because it only takes one game and they are back to where they started in terms of merit positions.

Bhups and Sunny Singh GIll made history during Bristol City vs Nottingham Forest as the first pair of British South Asian match officials to officiate a Championship game.

“But I can see that they are more committed than ever because they both want to progress to the next level, so they really are giving it 110 per cent.

“Making history last season, of course, it naturally gave them a lift and more thirst for success – especially as it was covered so positively in the media. At the same time, both are laid back and they pretty much just take things in their stride.

“Sunny is doing okay, he’s getting some bigger games and he refereed in the FA Cup recently but it’s good for everybody that they are doing well.

“And if they do well, and hopefully take that next step, they can be in the spotlight a little more and go on to become even greater role models for our future generations of referees, players and coaches.”

Bhups is regularly seen running the line as an assistant referee in the Sky Bet Championship, with the next step for him being promotion to the Premier League pool of match officials.

Bhups and Sunny Singh Gill have the Premier League in their sights as they prepare to make history as the first pair of British South Asians to officiate in a Championship game.

“Last year was his first year in the Championship and he’s building up more experience and getting more games under his belt. The more games that you do, the more confidence you get as well.

“Time will tell if he is ready to step up. Never say never, but he has definitely got the ability and hopefully both he and Sunny can go on in the game and do themselves proud.”

Sunny took charge of Brentford’s training-ground friendly with Southend last week where Christian Eriksen made a return to action and got an assist in a 3-2 win for the Bees.

Eriksen, who suffered a cardiac arrest on the pitch during Denmark’s Euro 2020 match against Finland last June, impressed again in another friendly on Monday as he stepped up his bid to return to frontline football.

The Denmark international played 78 minutes and contributed both assists in a 2-2 draw against a Rangers XI.

Eriksen joined the Bees until the end of the season in January after leaving Inter Milan by mutual consent. The rules in Italy would not allow him to play after having an implantable cardioverter defibrillator (ICD) device fitted.

Eriksen will now hope he has done enough to earn himself a place in the senior squad against Newcastle at the Brentford Community Stadium on Saturday.

Thomas Frank’s promoted side have taken just a single point from their last seven Premier League games to slip to within six points of the drop zone.

For more stories, features and videos, visit our groundbreaking South Asians in Football page on skysports.com and stay tuned to Sky Sports News and our Sky Sports digital platforms.