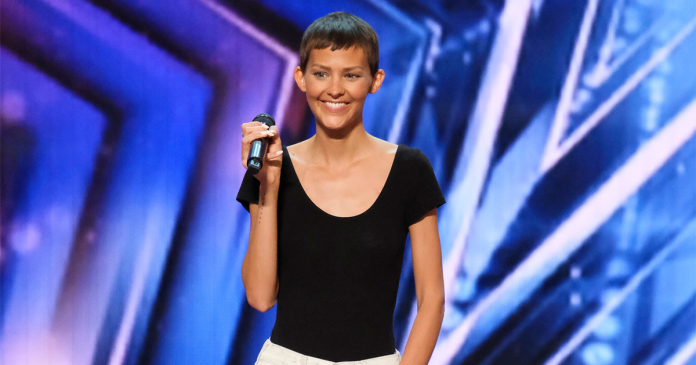 Singer-songwriter Jane Marczewski, the “America’s Got Talent” contestant known professionally as “Nightbirde” who impressed judges and earned a dedicated following, died Saturday after a four-year battle with cancer, according to her family. She was 31.

“We, her family, are devastated by her passing and unimaginable loss,” they said in a statement. “Those who knew her enjoyed her larger-than-life personality and sense of humor. … Her lasting legacy will be the gift of hope she gave to so many through her music and the strength she found in Jesus.”

Marczewski, an Ohio native, stunned the “AGT” judges last year with an original song called “It’s OK” for her audition, during which she revealed she was fighting cancer and that it had spread to her lungs, spine and liver. The performance earned her the Golden Buzzer, enabling her to advance.

Marczewski withdrew from the show in August, citing her declining health.

“The fight with cancer is demanding all of my energy and attention,” she wrote at the time. “Life doesn’t always give breaks to those that deserve it — but we knew that already.”

Following news of Marczewski’s death, the official “America’s Got Talent” Instagram account posted: “Your voice, your story, and your message touched millions. Nightbirde will always be a member of the AGT family. Rest In Peace, Jane.”

“AGT” host Terry Crews posted a photo of Marczewski on his Instagram with the caption, “We Love you, Nightbirde.”

And judge Heidi Klum shared on her Instagram story: “We love you. Rest in peace @_nightbirde.”

Marczewski’s last Instagram post was on January 11. “We’re all a little lost and it’s alright,” she wrote.