Home Sport Zverev and Brooksby play out historic 4.55am finish in Acapulco 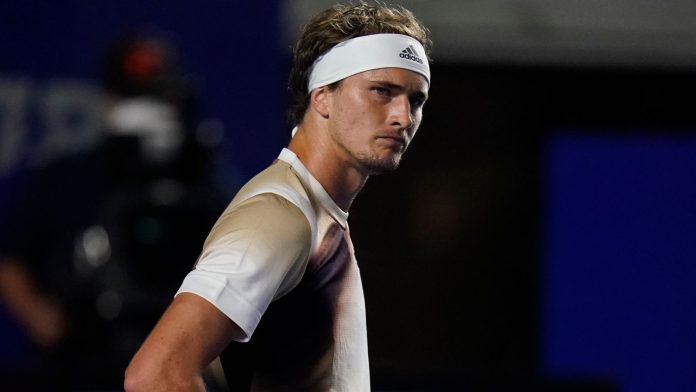 German second seed Alexander Zverev defeats Jenson Brooksby in marathon three-hour, 18-minute epic that finishes at 4.55am local time in Acapulco, although they didn’t come onto court until around 1.30am

Alexander Zverev and Jenson Brooksby created history in Acapulco as their overnight tussle at the Mexican Open became the latest-ever finish to a professional match, ending shortly before 5am local time.

The German second seed claimed a 3-6 7-6 (10-8) 6-2 victory in the best part of three and a half hours, eclipsing the 2008 Australian Open match between Lleyton Hewitt and Marcos Baghdatis, which finished at 4.34am.

A late conclusion was always on the cards as the match did not start until 1.30am but, when Amercian Brooksby won the first set in 43 minutes, bedtime appeared relatively close.

However, it was a 111-minute second set that did the damage, with Zverev saving two match points in a mammoth tie-break before sending it to a decider.

Momentum swung in his favour and he secured two breaks in the third set to wrap up victory at 4.55am – just over two hours before sunrise.

Zverev now has a second-round assignment with Peter Gojowczyk, after the world No 95 defeated Brandon Nakashima 6-4 6-4.

Pavlyuchenkova out for 10 weeks

French Open finalist Anastasia Pavlyuchenkova has picked up a knee injury that will rule her out of action for up to 10 weeks.

“Unfortunately, I’m out for 10 weeks, due to my ongoing knee injury. Doing my rehab and everything I can to be back soon and as fit as ever,” Pavlyuchenkova tweeted.

Pavlyuchenkova tested positive for Covid-19 ahead of this year’s Australian Open and reached the third round before losing in three sets to Sorana Cirstea.

Pain in her knee forced her to miss tournaments in St. Petersburg, Dubai and Doha. She was set to compete in Monterrey, Indian Wells and Miami before the Tour’s clay-court swing.