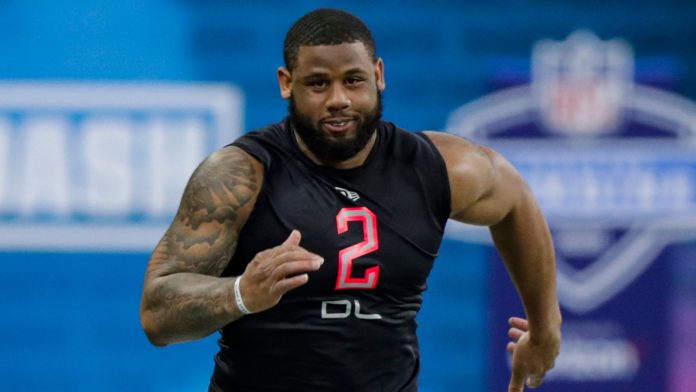 The NFL will not go forward with plans to restrict draft prospects to a “bubble” environment during next month’s scouting combine after more than 150 draft prospects planned to boycott the annual pre-draft event.

Many draft prospects were discussing plans to boycott the annual pre-draft event, which will take place in Indianapolis from March 1-7, in protest.

A memo sent to the prospects outlined plans to restrict the participants to combine venues “during their entire time in Indianapolis for their protection” against Covid-19.

They would have only been allowed one “medical support” person, such as a trainer, for the duration of their stay.

Players who violated the rules ran the risk of being sent home.

But an update sent to participants said organisers “continue to evolve our Combine policies” in consultation with health experts.

“We encourage all players to remain within the secure Combine areas at all times for your safety,” the update read in part.

“However, if you would like to leave the secure areas during free time in your schedule, you are now permitted to do so at your own risk.”

The full message from the NIC (National Invitational Combine) to all players attending the Combine: https://t.co/09qLwgnbx0 pic.twitter.com/WQpsUpmiAU

Combine participants also will be allowed more than one support personnel to enter the secure areas.

Anyone with access to players at the combine must provide proof of vaccination against the coronavirus and proof of a booster shot, if eligible.

Face coverings are recommended for players and attendees at the combine but not required.

Last year’s combine was scuttled because of the coronavirus, as were in-person visits, leading teams to rely on athletes’ pro days in making their draft evaluations.

This year, the combine is set to return in person but with key changes that include fewer days on site, a reduced testing schedule and single-room accommodations, but the bubble is no longer part of the equation.