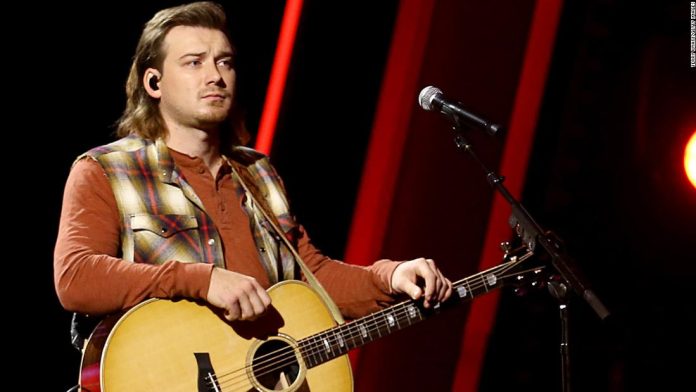 Wallen had his contract suspended by his label. He was criticized by fellow artists, several radio stations dropped his music, and he was unwelcome at award shows.
Then Wallen’s supporters sent sales of his music skyrocketing.
One year later, country music continues to be a genre where discussions about race are minefields and some see very little progress in terms of diversity.
Wallen’s use of the “n-word” — revealed as America was grappling with the death of a Black man, George Floyd, at the hands of Minneapolis police — stirred conversation about what has been viewed as country music’s race problem.
But it’s an issue much bigger than just one artist and one moment.
For his part, Wallen apologized, promised to meet with Black leaders to become better educated and pledged $500,000 in donations to Black led organizations, which he reportedly fulfilled.
Wallen’s launched a tour since then and performed at the Grand Ole Opry, which sparked new controversy and complaints that country music had moved on too quickly.
“The fans had the ultimate decision and they clearly decided they were Morgan Wallen fans,” Melinda Newman, Billboard’s Executive Editor, West Coast and Nashville, told CNN.
“There’s been a lot of talk that says, if you supported Morgan Wallen and continued listening to his music, you were racist and I don’t think it’s that easy,” she said. “I think it’s a much more complex issue than that.”
“We have people who listen to artists who have done horrible things and everyone has to make that decision for themselves,” she added. “But I think that’s a slippery slope to call anyone who continued to enjoy Morgan Wallen’s music a racist.”

Country music has long been associated with symbols like the Confederate flag, which represents Southern pride to some and America’s painful history of racism and slavery to many others.
Country music culture, it seems, is largely still segregated.
Holly G. (who goes only by that name) is the founder of The Black Opry, which is a “home for Black artists and Black fans of country, blues, folk, and Americana music.”
She told CNN that the country music industry has only done “very surface level work, as far as diversity is concerned.”
“You’ll see playlists that have more artists of color and there are a few more on the stage now, but the problem is that none of that makes the spaces any safer,” she said. “Until they stop hiding behind tokenism, it’s not gonna make anything safer.”
This issue of Black fans and artists not feeling safe in the country space is less talked about than the vitriol that happens online.
Such hate has been directed at Mickey Guyton, a Black country music superstar who made history as the first Black woman to host the Academy of Country Music Awards.
Guyton has been outspoken out about racism in country music, recently sharing a screenshot from a Twitter user who said “We don’t want your kind in country music.”
Her Grammy nominated song “Black Like Me” deals with racial inequality.
In a recent interview with Texas Monthly, Guyton talked about her struggle to break through before her heartfelt song made her the first Black woman to receive a Grammy nomination for best country solo performance.
“I needed people, Black women specifically, to see me here—to know that there is a space for them,” she said. “So often Black women are put in a box. I wanted to show them that the box doesn’t exist.”
Guyton performed the National Anthem at the Super Bowl earlier this month.
“Our country is so divided right now that I wondered how I could perform this,” she told Texas Monthly before her Super Bowl performance. “How could I make people proud and make them feel togetherness? That’s my intention, and I think what we have planned will make everyone feel seen.”
Holly G told CNN that while country music is happy to put Guyton forward as an example of progress, the community has yet to fully stand up for her in the face of the hate she continues to receive.
And she doesn’t believe the industry will because a large portion of country music fans have made their feelings about race known with their wallet.
“I don’t think that the industry has really any interest in changing their format that they’ve been doing,” she said. “It makes money for them and it works for them.”