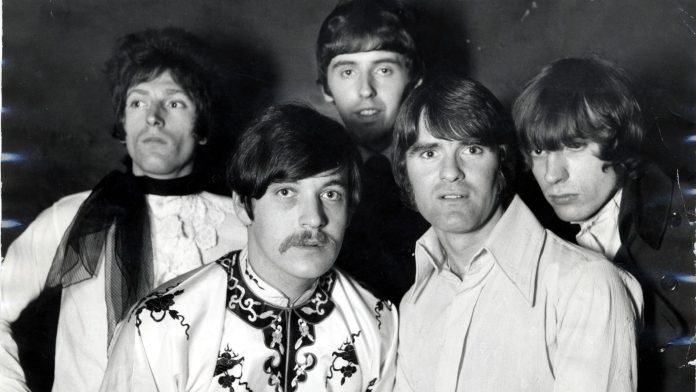 Gary Brooker, the frontman of British rock band Procol Harum, has died at the age of 76.

In a statement, the group said the singer, pianist and composer had been having cancer treatment before dying peacefully at home on Saturday.

The band paid tribute, saying he was a “brightly-shining, irreplaceable light in the music industry”.

His charisma was not confined to the stage as he “lit up any room he entered” and his “kindness to a multilingual family of fans was legendary”, the statement added.

Brooker was the band’s frontman for more than five decades. He helped write and was lead vocals on their 13 albums.

The group’s biggest hit was their 1967 debut A Whiter Shade Of Pale, which held the number one spot in the UK singles charts for six weeks, and was widely regarded as defining ‘The Summer of Love’.

In 1977, the track was named joint winner alongside Queen’s Bohemian Rhapsody as Best British Pop Single 1952-1977 at the Brits and was inducted into the Rock and Roll Hall of Fame in 2008.

Brooker was much in demand and played, wrote and sang for Eric Clapton’s band as well as collaborating with Bill Wyman’s Rhythm Kings.

He also had connections to the Beatles, touring with Ringo Starr’s All-Starrs, and contributing to solo projects for Sir Paul McCartney and for George Harrison, who guested on one of Gary’s four solo albums.

Owning a pub was among his interests

His other interests included being a prize-winning angler, pub-owner, lyricist, painter and inventor, Procol Harum said.

His last charity project raised more than £1m for the Royal Marsden Hospital with a concert at London’s O2 arena – days before the first COVID lockdown in March 2020.

Brooker was awarded an MBE in the Queen’s Birthday Honours in 2003 for his charitable services.