Home Sport Warne: England should be ‘jumping’ at Langer | I understand Anderson omission 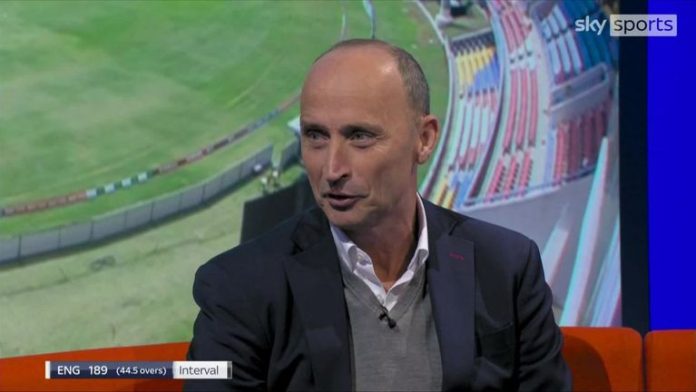 Shane Warne says Cricket Australia was “disgraceful” in its handling of Justin Langer’s exit and says England should be “jumping” at chance to appoint him as their new head coach; Warne sees why James Anderson was left out of tour to West Indies but surprised by Stuart Broad’s omission

Shane Warne says England should be “jumping” at the chance to appoint Justin Langer as their new head coach, while he understands why James Anderson has been left out of the squad for March’s three-Test tour of the West Indies.

Langer led his native Australia to the T20 World Cup title in November followed by a 4-0 Ashes victory over England but resigned earlier this month after rejecting a short-term contract extension, with Warne saying Cricket Australia handled Langer’s exit in “disgraceful” fashion.

England are currently without a permanent head coach following the departure of Chris Silverwood, with Paul Collingwood to take charge in the Caribbean.

England’s most prolific Test wicket-takers of all time, Anderson and Stuart Broad, have been overlooked for the games against West Indies and while Warne is surprised at Broad’s omission, he says Anderson’s absence will allow him to rest ahead of the home summer

Speaking on the Sky Sports Cricket Podcast, legendary Australia leg-spinner Warne said of Langer: “If I were England, I’d be jumping at him.

“Winning an Ashes and a World Cup, it doesn’t get much bigger than that for Australia, but for me [Langer] was a dead man walking when I didn’t hear the captain or any other players sticking up for him, saying he was fantastic. I found that really disappointing.

“Why couldn’t Cricket Australia come out and say they were not renewing his contract straight away but would wait until the end of the summer, see who the best candidate is and if Langer is still the best candidate give him a contract?

“I thought it was pretty poorly handled and that Cricket Australia were disgraceful in the way they handled it.”

Anderson and Broad, meanwhile, have taken a combined 1,177 Test wickets between them but have missed out on selection for the West Indies tour with Mark Wood, Chris Wood, Ollie Robinson, Craig Overton, Saqib Mahmood and the uncapped Matt Fisher the seam bowlers included alongside key all-rounder Ben Stokes.

Warne said: “I wasn’t surprised Anderson got left out. He is England’s best-ever bowler and when the conditions suit he is still a handful but when it was flat [in Australia] I think he struggled.

“He bowled a nice line and length, was economical and could dry up and end and could do a role with firepower at the other end. But I think he needs conditions.

“You want him to play in England and if he plays in the West Indies after the Ashes series it is going to be hard in England so I don’t mind him having a break – but I would have played Broad.

“I think at times he bowled really well in Australia. People lump Broad and Anderson in together but Broad is four years younger than Anderson, so I am surprised Broad didn’t go to the West Indies.”

The Lancashire player has played 20 limited-overs internationals for his country and hit a national-record 42-ball T20I hundred against Pakistan last summer but is yet to make his Test debut.

‘Huge year for Livingstone, he could play all forms’

Warne added of Livingstone: “I think he has a role to play in red-ball cricket and that he is worth a try in the middle order.

“He bowls some pretty handy leg-spin as well. A bit of wrist-spin when the bowlers are tired, he would be pretty dangerous.

“I would like to see him make some hundreds in first-class cricket, not just make quick runs, like 40 off 15 balls. I’d like to see an ugly innings and him not giving his wicket away, get through a tough bowling spell.

“Does he survive it or look to slog his way out of it? Is he a one-trick pony or is he better than that? I think he has the capability to be more than that.

“This is a huge year for him, he could play all forms for England if he is up for it and comes up with a plan in red-ball cricket, manipulates the field, not just try to hit boundaries.

“With his power, he can really affect bowlers’ fields.”