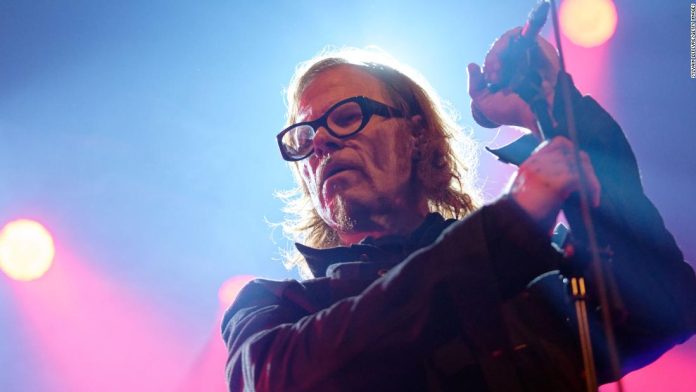 A cause of death was not immediately announced.
Though he often downplayed his contributions to indie rock, the gravelly voiced performer helped usher in a new era for the genre that saw many of his collaborators soar to international fame. He also collaborated with Queens of the Stone Age, launched an inventive solo career and published poetry and two memoirs.
Lanegan co-founded Screaming Trees in the mid-1980s, but it wasn’t until their sixth album, 1992’s “Sweet Oblivion,” that the group finally broke through nationally.
Screaming Trees were an influential part of the Seattle grunge scene, where bands like Pearl Jam, Alice in Chains and Nirvana began their careers.
Lanegan wrote about his friendship with late Nirvana frontman Kurt Cobain in his 2020 memoir, “Sing Backwards and Weep.” Like Cobain, Lanegan was a habitual drug user. It wasn’t until after Cobain’s death, with prodding from Cobain’s wife, Courtney Love, that he eventually went to rehab in the late ’90s and again in the aughts, he wrote in his memoir. He had been sober for almost 20 years when it was published, Rolling Stone reported at the time.

He collaborated with stars and released solo outings

Lanegan’s music career took a different path after the Screaming Trees disbanded in 2000. He continued making solo albums, which he started releasing while still a member of the group. He joined the Queens of the Stone Age for a few years and also collaborated with artists including Isobel Campbell, formerly of Belle and Sebastian.
“To continue on in music, I had to distance myself from the whole Seattle thing,” he told Rolling Stone in 2020. “I had to keep it at arm’s length to avoid being known as this ex-grunge, drug-addict singer who never made it.”
In August 2020, mid-pandemic, Lanegan moved to Ireland with his wife, Shelley Brien. The stay was meant to be temporary, he told Spin last year, but the “physical beauty” of the area convinced him to stay.
Last year, Lanegan became sick with Covid-19 and nearly died, an experience he documented in another memoir, “Devil in a Coma,” published in December. He was put into a medically induced coma and spent weeks in an ICU in Ireland.
“From the moment I was brought out of my chemically induced sleep and was told what had happened and where I had been, I was determined to survive this nightmare, even though I had very little say, actually, no say in the matter, and had zero ammo to fight with,” he wrote.

Fellow musicians and music lovers mourned Lanegan’s death publicly. Peter Hook, co-founder of Joy Division and New Order, said Lanegan was a “lovely man” who “led a wild life that some of us could only dream of.”
“He leaves us with fantastic words and music!” Hook tweeted. “Thank god that through all of that he will live forever.”
KEXP, a public radio station in Seattle that has long championed alternative artists, called Lanegan “a rare talent, a true vision and a dear friend of the station.”
The band Garbage, which came up a few years after Lanegan’s Screaming Trees, praised Lanegan’s unique talents in a tweet.
“A very gifted artist blessed with honey dipped tones, gone far too soon,” the band said.