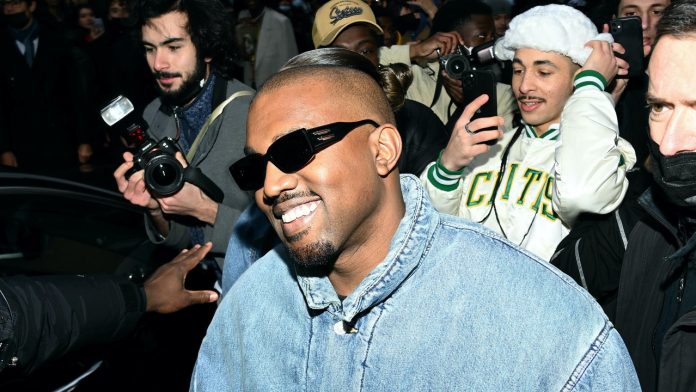 Kanye West’s “Donda Experience Performance” event, marking the premiere of his new album and Donda sequel Donda 2, is taking place tonight at LoanDepot Park in Miami. Billed as a “DONDA 2 listening and DONDA 1 performance” by West on Instagram, the event’s livestream is happening in IMAX theaters and at Kanye’s Stem Player website. Watch it below.

Donda 2 is available exclusively through West’s Donda Stem Player. He claimed that he turned down a $100 million deal from Apple, choosing instead to release the album via his own platform. In late January, West had announced that Donda 2 would arrive on February 22, but it did not appear online or on the stem players at midnight. Donda 2 was reportedly executive produced by Future.

West has lately become an avid Instagrammer, using his page to share (and typically delete) controversial posts, often about Kim Kardashian West, as well as her rumored boyfriend Pete Davidson. Among the first of West’s recent incendiary posts was a criticism of his oldest daughter North West’s TikTok use. He also harassed Davidson directly. Due to West’s anger with Davidson, he also appeared to cut ties with Kid Cudi—a friend of Davidson’s. West, on February 12, said that Cudi would not appear on Donda 2. Cudi had previously appeared alongside West on Donda’s “Moon.”

Since the August 2021 release of Donda, West has co-headlined the Amazon-sponsored Free Larry Hoover Benefit Concert with Drake, put out a song with the Game, and was announced as a Coachella headliner. The first part of the Jeen-Yuhs documentary about his life premiered at Sundance, and he had been a mainstay in the tabloids due to his relationship with actress Julia Fox. (Fox and West broke up in February after a couple of months together.) Plus, he legally changed his name to Ye, which is also the name of his 2018 studio album.

West first announced Donda in July 2020. Almost exactly one year later on July 22, West hosted the first Donda listening party at Atlanta’s Mercedes-Benz Stadium. The album was initially slated for a July 23 release but was pushed to August 6. West held a second listening event, again at the Mercedes-Benz Stadium, on August 5. The performance ended with West being lifted skyward as his song “No Child Left Behind” played. Although Donda had yet to materialize, West launched the Donda Stem Player, allowing anyone to customize the album’s songs. On August 26, West hosted a third Donda event, this time at Chicago’s Soldier Field. This performance featured a replica of his childhood home, an appearance from Marilyn Manson, and a recreation of his wedding with Kim Kardashian West. Donda was finally released on August 29.