Home World The Middle East already has a crypto hub, and it’s not Dubai 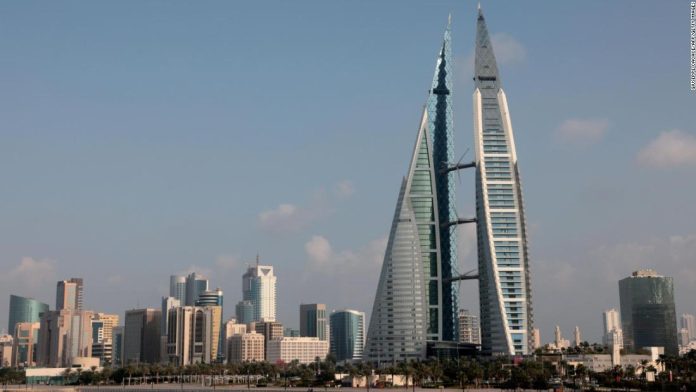 The crypto exchange’s CEO Changpeng “CZ” Zhao — recently ranked as one of the richest people on earth —even tweeted a photo of himself in a traditional white Emirati robe, the kandura, captioning it with an emoji of the Emirati flag.
But despite Dubai’s efforts, the emerging regional crypto hub is not in the United Arab Emirates.
Binance isn’t even licensed as an exchange in Dubai. It did, however, recently get approval in principle to become a fully regulated, centralized crypto exchange in neighboring Bahrain.
Unlike the UAE, the small Gulf state has banking regulation for crypto in place, and that is why crypto companies in the region are setting up there, says Talal Tabbaa, the CEO of CoinMENA, an exchange licensed by the Central Bank of Bahrain (CBB).
By accepting cryptocurrencies as an official method of payment, the CBB allows established banks to work with exchanges so that customers can withdraw and deposit their money easily. In most countries, digital assets fall under the jurisdiction of securities regulators, not central banks, and only El Salvador recognizes a cryptocurrency — bitcoin — as legal tender.
The CBB’s approach contrasts with the Central Bank of the United Arab Emirates (CBUAE), which doesn’t recognize it as a means of payment.
“In general, most of the ‘cryptocurrencies’ are not commonly accepted as a medium of exchange in any advanced economies or are not for general payment purposes,” the CBUAE told CNN in a statement. “Nevertheless, as is the case with most global financial regulators, CBUAE remains fully vigilant on the rapid developments in this area and agile in its regulatory response.”
“That’s the biggest obstacle,” says Tabbaa, who lives in the UAE, referring to lack of banking regulation in the country. “If banking was sorted, then Dubai could be the number one destination for crypto.”
CoinMENA isn’t alone in Bahrain. Rain, one of the leading cryptocurrency platforms in the Middle East with trading volume of more than $1 billion during the first half of 2021, is also Bahrain-based, and licensed by the central bank.
“In response to the growing demand for crypto assets, the Central Bank of Bahrain has been one of the Middle East’s early adopters in the crypto assets space,” CBB Governor Rasheed M Al-Maraj told CNN.
Other countries are more skeptical. China said in September all cryptocurrency-related business activities in the country are illegal while the UK limited Binance’s operations last summer. Soon after, the United States Securities and Exchange Commission said the cryptocurrency market is “ripe with fraud, scams and abuses in certain applications.”
India’s crypto industry is booming among young investors, but the government there has yet to decide how to regulate the industry, and the possibility of a ban lingers.
Bahrain’s financial sector makes up 17% of its non-oil GDP, and with that in mind it set up a comprehensive framework for licensing crypto exchanges back in 2019, quickly moving ahead of Gulf rivals.
The Dubai Multi Commodities Centre (DMCC), a financial services provider, has set up a special economic zone for crypto-related projects that promises zero taxes and easy visa access. More used to dealing with the diamond trade, the DMCC CEO, Ahmed Bin Sulayem, bemoans the pace at which the central bank is acting on what he sees as the next big gold rush.
“We can only go at the pace of the weakest link in the UAE, we cannot overrun them,” he said. “I’d rather have a successful crypto ecosystem in the medium to long term than rush into it and lock horns with the central bank.”
Dubai’s openness and willingness to build a regulatory environment for crypto currencies makes the Gulf city “a perfect home for [crypto firms],” Bin Sulayem said.
And indeed, Dubai still offers incentives for entrepreneurs; 0% capital gains tax, safety in a complex region and a carefree lifestyle in the sun. Tabbaa, of Bahrain’s CoinMENA, lives in Dubai and the CEO of Binance, who awaits a final approval for a Bahraini license, is reported to have recently bought a home in the city.

Iran says it has “never been as close to a deal as we are now”
Iran’s top diplomat Hossein Amir-Abdollahian told CNN’s Christiane Amanpour that Iran “have never been this close to a deal as we are now” with respect to a new nuclear accord deal being agreed and that Tehran is “very optimistic” of reaching a nuclear agreement in ongoing negotiations in Vienna.
India, UAE aim for $100 billion in non-oil trade with economic pact
India and the UAE signed a key trade and investment pact on Friday that they believe will boost bilateral non-oil trade up to $100 billion in the next five years, from the pre-pandemic $40 billion.
Syria supports Putin’s recognition of pro-Russia regions in eastern Ukraine
Syria on Tuesday formally supported Russia’s decision to recognize two breakaway regions in eastern Ukraine, Foreign Minister Faisal Mekdad was quoted saying on state TV.

The United States will work with allies to add additional monitoring capabilities over the Persian Gulf using drone systems that use artificial intelligence technology, the Commander of the US Navy 5th Fleet, Vice Admiral Brad Cooper told CNN’s Becky Anderson on Monday. He later said that the Navy plans to build a fleet of 100 unmanned surface vessels with regional partners by the summer of next year to enhance maritime awareness. Take a closer look here.

It was a historic day for Saudi Arabia as the women’s national football team played, and won, its first official international match on Sunday.
The Saudis traveled to the Maldives to beat the Seychelles 2-0 in a friendly which comes just a month after the team was formed.
It will now face the Maldives in its second match on Thursday at the National Stadium in Malé.
The team was congratulated by Brazilian soccer legend Pelé, who called it a “historic day.”
Saudi Arabia is managed by German Monica Stubb who noted the significance of the tie even before a ball was kicked.
“We are facing a historic moment for Saudi women’s football,” she said.
“And I would like to ask the players to enjoy this match and to be proud to be on this list and to have the opportunity to live this experience, which is only the beginning of what is to come.”
It is another gesture toward loosening some of the strict rules that are still imposed on women living in the ultra-conservative kingdom.
Until the last few years, Saudi women had been mostly barred from participating in sports in public.
However, Saudi leaders have been highlighting progress on gender issues at a time of international scrutiny over Saudi Arabia’s human rights record.
In 2020, it launched a women’s soccer league which organizers said would be “one more major leap forward for the future of our country.”
By Ben Church, CNN

On the first visit by an Iranian president to Qatar in 11 years, Iran’s President Ebrahim Raisi said on Monday he hopes to boost political and trade relations with Gulf Arab countries.
Qatar has good ties with Iran, with which it shares a giant gas field and Tehran supported Doha after Saudi Arabia and its Arab allies imposed a boycott on Qatar in mid-2017. Gulf states have urged global powers involved in Iran’s nuclear talks to also address its missiles program and network of regional proxies.