Home Culture ‘The Marvelous Mrs. Maisel’s’ returns to the stage 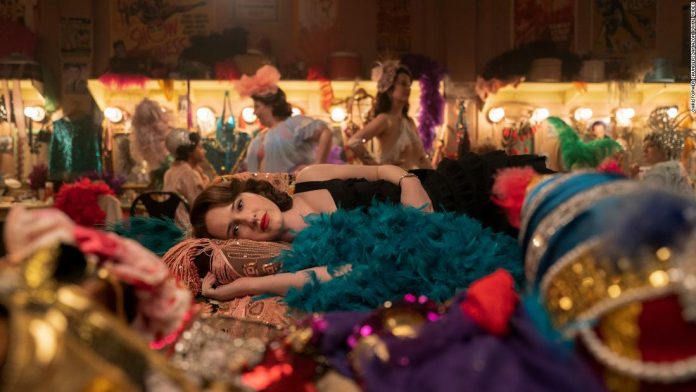 Maybe it’s the long layoff, or maybe it’s partly because your act already felt like it was growing a little stale, but the new season of “The Marvelous Mrs. Maisel?” Not your best stuff, at least based on the first few episodes. In fact, it just feels like you’re hitting the same one-liners all over again.
Granted, this might be a minority opinion, given all the major Emmys that you collected in 2018, before “Fleabag” and that guy Ted Lasso came along. But season four — picking up after the left-behind-on-the-tarmac moment that closed the stronger third season more than two years ago — feels like too much of a reset, putting you back in that hungry-for-stage-time mode from which you appeared to have graduated.
That’s not to say the cast (starting with Rachel Brosnahan as, well, you) isn’t terrific, or that there aren’t some funny lines. It’s also notable that your ex Joel (Michael Zegen) has actually blossomed into a fairly appealing character, something that certainly wasn’t obvious when the series premiered in 2017.
Understandably, the setback to your career creates a lot of headaches for your manager, Susie (Alex Borstein), who faces pressure to get you back on a stage.
“You know what’s great about me? When I’m me,” you tell her, referencing that thing when you throw out the playbook and just randomly start riffing out stream-of-consciousness standup routines, which of course are actually meticulously written and rehearsed.
There are also amusing moments involving the extended family, although even that has begun to yield diminishing returns. For example, there’s that scene where everyone is yelling at each other on the Wonder Wheel in Coney Island, which starts out well and then just seems to go on and on.
As a completist, it will be nice to see how and where “Mrs. Maisel” reaches the end of her journey, which has held up a mirror about the misogyny that a female comic faced then and by extension lingering issues that exist to this day. Fortunately, Amazon announced on the eve of this premiere that the coming season will be the fifth and final one, offering the prospect of closure in the not-too-distant future.
The show helped put Amazon Prime on the programming map, so kudos on that to writer-producer Amy Sherman-Palladino.
Still, you know that little red light in the back of the house that tells comedians when their set is almost over? It’s actually nice to see that even the producers realized it had come on, an indicator that it’s time to start wrapping things up.
“The Marvelous Mrs. Maisel” premieres its fourth season Feb. 18 on Amazon.