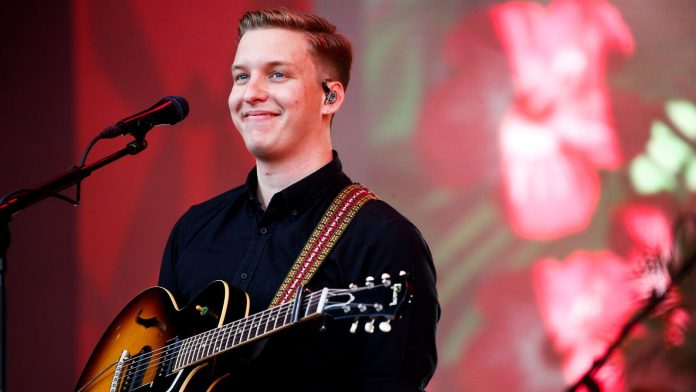 Singer George Ezra has had to cancel a string of live dates after contracting chickenpox.

The 28-year-old star shared the news in a video, showing fans the spotty rash that had spread across his face, shoulders and chest.

Chickenpox is a contagious illness that is common in childhood but can be more severe in adults.

Hello 👋 As you can see, I’m pretty under the weather right now with chicken pox so I’m sorry to say that I’m going to need to move my upcoming shows.

Ezra, best known for hits including Shotgun, Budapest and Blame It On Me, told fans he was “gutted” to have to cancel shows at the London Palladium, Manchester Opera House and Edinburgh Usher Hall.

The gigs would have marked his return to the road for the first time since 2019 due to the COVID-19 pandemic.

“As you can see, I have got chicken pox, which I never had as a kid – and it is miserable,” the singer and guitarist said in his video.

“It is all the fatigue and fever of the virus but you also want to scratch your skin all the time.

“What this means is that I can’t perform at the upcoming shows in Manchester, Edinburgh and London, which I am absolutely gutted about.

“Recording this video is the last thing I want to be doing.

“Even on a selfish level, I’ve not performed since 2019 and I was so much looking forward to getting back up there and swinging my hips – but it’s just not going to happen.”

The Brit Award-winner, whose new album, Gold Rush Kid, is due out later this year, did not say where he thinks he caught chicken pox.

His gigs will now take place in April.