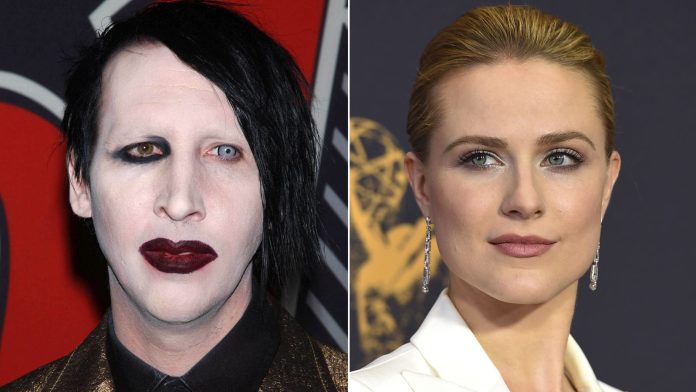 Evan Rachel Wood is due to speak out in a new documentary about the alleged abuse she suffered during her relationship with Marilyn Manson.

“I’m here today to talk about Brian Warner, also known to the world as Marilyn Manson,” the actress and activist says in the trailer for HBO’s Phoenix Rising.

Wood, star of TV sci-fi series Westworld and Disney’s Frozen II, publicly accused Manson of abuse with a statement released on Instagram in February 2021, and said he began “grooming” her when she was a teenager.

The rock musician was subsequently dropped by his record label and cut from two TV shows.

The Los Angeles County sheriff’s department said at the time that its detectives were investigating reports of domestic violence between 2009 and 2011 in West Hollywood, where Manson lived.

“Numerous women heard my story and they knew exactly who it was,” Wood says in the new trailer, about making her allegations public. “I realised that I wasn’t the only one that this had happened to.”

It is not clear exactly when their relationship started but they got engaged in 2010. However, they called off the relationship just seven months later.

HBO says the two-part documentary, which will air in the US in March, “follows actress and activist Evan Rachel Wood as she takes her experience as a survivor of domestic violence to pursue justice, heal generational wounds, and reclaim her story”.

Manson found fame in the 1990s with albums including Antichrist Superstar and Mechanical Animals, and was known for his distinctive appearance and often shocking stage shows.

Sky News has contacted representatives for the musician for comment on the Phoenix Rising trailer.

When Wood went public with her allegations in 2021, he responded with a statement on social media, saying: “Obviously, my art and my life have long been magnets for controversy, but these recent claims about me are horrible distortions of reality.

“My intimate relationships have always been entirely consensual with like-minded partners. Regardless of how – and why – others are now choosing to misrepresent the past, that is the truth.”