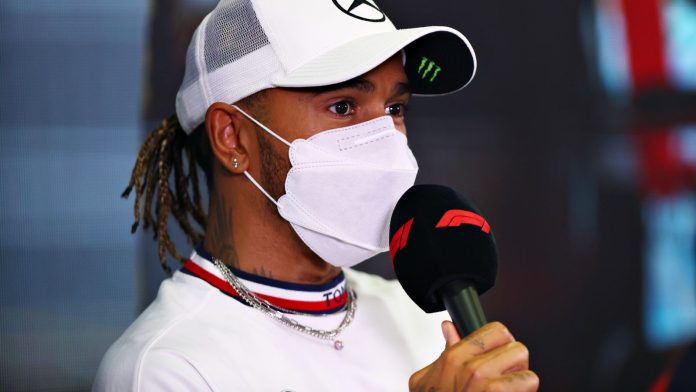 Lewis Hamilton suggests “some” stewards “tend to take more of a keen liking” to certain drivers; Both Mercedes boss Toto Wolff and Red Bull’s Christian Horner say they don’t think there is bias in F1 decision-making

Lewis Hamilton has called on Formula 1 to ensure there are “non-biased stewards” making decisions this season, suggesting that “some are very good friends” with other drivers and “take more of a liking to them”.

The seven-time world champion’s comments come amid a tempestuous period regarding decision-making in the sport, with Hamilton having been controversially beaten to the title by Max Verstappen in Abu Dhabi at the end of a 2021 season where many stewards’ verdicts were questioned.

Coming into F1 2022, the FIA has announced an officiating restructure, with Michael Masi replaced by two new race directors who will share the role.

Hamilton was asked – on the first day of pre-season testing – how the new structure may help consistency in decision-making, to which he replied: “We need to make sure we have non-biased stewards, too.

“I think [we need] people who have no bias, are super central when it comes to making decisions.”

It is unclear who Hamilton is referring to with his comments in terms of drivers or stewards – and soon after Mercedes boss Toto Wolff stressed that he didn’t think there was any officiating bias.

“I think we need professionalism in the stewards’ room,” said Wolff, speaking around half an hour after Hamilton in the press conference.

“I don’t think there is a conscious bias to be honest. It’s intelligent people.”

Red Bull boss Christian Horner added: “I would agree with Toto that I don’t think there’s an intended bias. I’m not aware of any stewards travelling with drivers to races.

“In Mohamed [ben Sulayem, FIA president] we have a new president that is looking to bolster the structure and bring in an equivalent of a VAR, and I think giving a better infrastructure for clearer decisions with clearer regulations is something that should be strived for.

“But I certainly don’t think there was any bias from any stewards during the last seasons.”

Wolff did, however, call for more consistency.

“Most important, whether we talk about the race direction, the support that they will have back at base, or the stewards, there needs to be a standard.

“This is what we deserve and this is what everybody expects, and I think there are some very good people that we can build upon. Most important and we all have talked about it last year was the topic of inconsistency.

For each F1 race, there are typically a set of four stewards who work with race control to look at on-track incidents and decide on penalties.

But Hamilton added: “I want to see more women in the stewards’ room.

“I don’t think we have many, I think last year it was maybe one or two. It would be awesome for them to have a male and female as the two race directors that they’re talking about doing.

“I think that’s a great way of promoting diversity, too.”