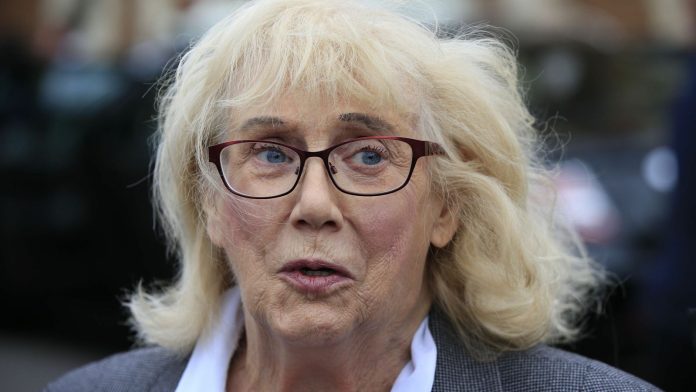 EastEnders and On The Buses star Anna Karen has died in a house fire in east London.

Firefighters were called to Windsor Road, Ilford, shortly after 10.30pm on Tuesday night.

A statement from the London Fire Brigade said: “Part of the ground floor of a mid-terrace house was damaged by fire. Sadly a woman was pronounced dead at the scene.

“Three fire engines and around 20 firefighters from Ilford and Barking fire stations attended the incident.

“The cause of the fire is under investigation.”

The 85-year-old was best known for her role in 70s comedy On The Buses.

She also appeared in EastEnders as Aunt Sal, sister of Peggy Mitchell, played by Barbara Windsor.

An EastEnders spokesperson said: “We are deeply saddened to hear that Anna Karen has passed away… Our love and thoughts are with Anna’s family and friends.”

Singer Cheryl Baker tweeted: “I have just heard the awful news that my fabulous mate, #AnnaKaren has died in a house fire.

“What an horrific way to die, I can’t bear to think about it. I adored her – She was an absolute treasure, both on and off the screen.”

EastEnders star Rita Simons, who played Roxy Mitchell, added: “I just heard the awful news about the wonderful Anna Karen. Horrific and awful and so so sad.

“She was one of the best. Sleep well lovely Anna. Sending all my love to her family and friends.”