Home Sport Anderson ‘praying’ England career is not over | ‘I’ve got a lot... 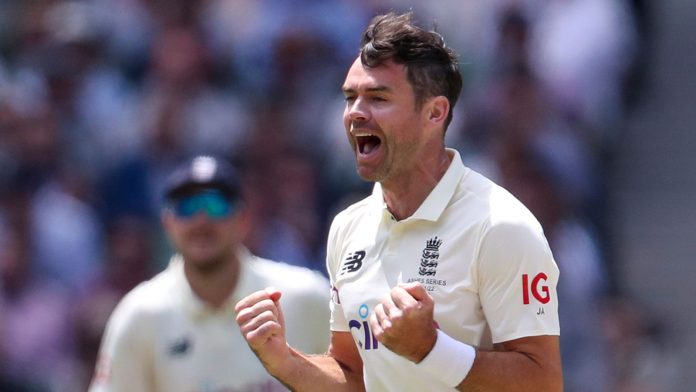 James Anderson and Stuart Broad left out of England squad for three Tests against West Indies in March; Anderson says there was initial “frustration, anger and shock” at the decision but feels he still has “a lot left to offer” in international cricket

James Anderson is “praying” his England career is not over after being left out of March’s Test tour of the West Indies.

Anderson, 39, and fellow seamer Stuart Broad, 35, were omitted from a 16-man squad despite having taken a combined 1,177 Test wickets.

Anderson, England’s all-time leading Test wicket-taker and the third-most prolific in the game’s history with 640 scalps, said he felt “frustration and anger” after being dropped and believes he still has more to offer.

Speaking to the BBC’s Tailenders Podcast, the seamer said: “I’m praying this isn’t the end but if I never play for England again, I know I’ve got amazing people around me to support me and that’s really important.

“I’ve got a lot left to offer – I’ve still got the hunger and passion to play.

“It was a shock and a disappointment to get that call but having processed it, it’s important I try to focus on stuff I can control and that’s showing people what I can do with the ball in my hand.

“I’ve got one more go at digging deep,” added Anderson, who will look to force his way back into the side this summer by impressing for Lancashire in red-ball cricket.

Anderson recorded the best average of any England bowler during the 4-0 Ashes drubbing in Australia – 23.37 – as he took eight wickets in three matches.

He added: “Obviously it was a difficult tour of Australia, but I was happy with the way I bowled, I put in some decent performances. I know I’m not slowing down or losing anything.

“There will be a new director of cricket and new head coach in the summer, so I hope that whatever decision is made it’s talked about in the way that it should be.”

Warne not surprised by Anderson omission

Speaking on the latest Sky Sports Cricket Podcast, Shane Warne said he was not shocked by Anderson being left out of the trip to the Caribbean but was surprised that Broad was also omitted.

“I wasn’t surprised Anderson got left out. He is England’s best-ever bowler and when the conditions suit he is still a handful but when it was flat [in Australia] I think he struggled.

“He bowled a nice line and length, was economical and could dry up an end and he could do a role with firepower at the other end. But I think he needs conditions.

“You want him to play in England and if he plays in the West Indies after the Ashes series it is going to be hard in England so I don’t mind him having a break – but I would have played Broad.

“I think at times he bowled really well in Australia. People lump Broad and Anderson in together but Broad is four years younger than Anderson, so I am surprised Broad didn’t go to the West Indies.”

“I think it will be an even playing field but England being without Broad and Anderson puts it in West Indies’ favour a little bit,” the Barbados-born all-rounder told Sky Sports News.

“I was very surprised Broad and Anderson [were left out] as they are stalwarts of the game, their numbers and longevity show that, but tough decisions always have to be made.

“When they are made, they can be frowned upon but if they result in a positive way you can look back on them and say it was a watershed moment.

“I hope West Indies win but I see the series ending 2-1, I’m not sure which way. I think it will be very close.

“West Indies have a team they have been trying to build and work on for a number of years and now, moving out of bubble cricket, I think they can look to this squad to cement itself over the next two or three years.”