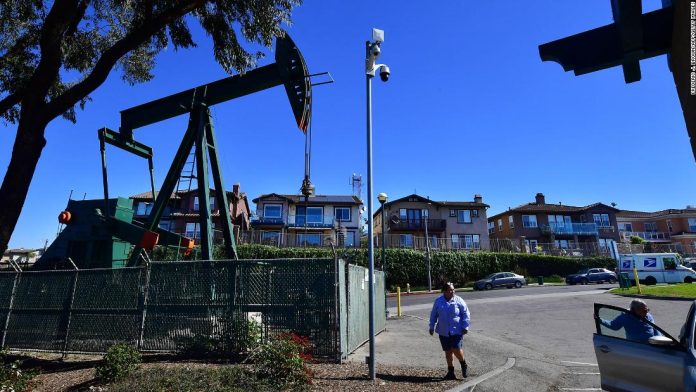 “An energy price shock amidst an aggressive central bank pivot focused on inflation could further dampen investor sentiment and growth outlook,” JPMorgan strategists wrote in a note to clients.
Brent crude, the world benchmark, surged to a fresh seven-year high of $99.50 a barrel Tuesday morning before backing off. In recent trading, Brent was up 2% to $97.30 a barrel. US crude rose nearly 3% to $93.65 a barrel.
JPMorgan noted that US companies have low direct exposure to Russia and Ukraine and the earnings risk for US businesses is low. Some exceptions include Boeing, Pepsi, Carnival, McDonald’s, Mondelez and Philip Morris International, which the bank noted have significant revenue exposure to Russia and Ukraine.
“Indirect risks are potentially more substantial, which could include slower global growth and consumer spending due to higher oil and food prices, negative second-order effects through Europe, supply chain distortions, credit and asset writedowns and cybersecurity risks,” JPMorgan wrote.
Although the Russia-Ukraine crisis could drive “elevated” market volatility in the short-term, JPMorgan said the biggest risk for stocks is the fact that central banks are swinging into inflation-fighting mode.
“Overly restrictive monetary policy could result in an outright policy error especially if the business cycle continues to deteriorate,” JPMorgan said.
And yet, the situation in Ukraine may change the calculus for the Federal Reserve and other central banks.
“The Russia-Ukraine crisis could force a reassessment of the Fed tightening path resulting in central banks turning less hawkish, while policymakers may consider additional fiscal stimulus” including a potential gasoline tax holiday, JPMorgan said.