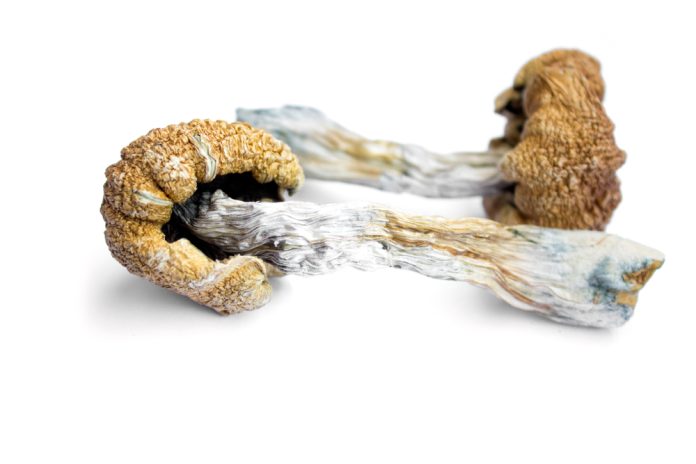 Alcohol consumption causes 5.3 percent of all deaths worldwide and is a factor in more than 200 disease and injury conditions, ranging from behavioural disorders to traffic accidents. Like other addictive substances, regular use can be difficult for users to give up — even when causing severe and obvious harm.

Once long-term alcoholism takes hold, it changes the brain at a cellular and anatomical level, reducing a person’s ability to resist alcohol cravings and fosters dependence. In severe cases, it can cause brain damage and dementia.

“Alcohol essentially removes the executive-function brakes on the brain, leading to cravings, excessive use and tolerance,” says Pamela Walters, a consultant in forensic and addiction psychiatry and director of Forward Trust, a substance misuse and mental health charity in the U.K.

Breaking consumption habits early on before they become ingrained is the most effective treatment, Walters says.

But a series of studies of psychedelics suggest that taking a trip could give addicts a neurological reset that makes it easier for them to ditch harmful substances. Psilocybin — the active ingredient in magic mushrooms — may reverse the long-term neurological damage caused by alcoholism, says Marcus Meinhardt, a researcher at the Central Institute of Mental Health in Mannheim, Germany.

A November study in Science on psilocybin, co-authored by Meinhardt and colleagues in France and Germany, may have revealed a key mechanism driving alcoholism. Targeting this neuro-mechanism could restore the brain’s executive function and an alcohol-user’s ability to better weigh the long-term damage caused by alcohol versus the short-term reward, the authors concluded. They also recommended patient trials as important follow-up measures to vet their findings.

The study, which was limited to alcohol-dependent rats, found that the animals were less likely to return to alcohol after they were given psilocybin. The response suggests that it somehow reduced the rodents’ cravings.

More importantly, says Meinhardt, their levels of mGluR2 — an essential protein for healthy brain function — dropped when they consumed alcohol. That mGluR2 increased after they were given psilocybin. The study’s authors theorise that the resurgence in the rats’ mGluR2 levels restored their ability to execute self-control and made them less likely to discount the rewards of abstinence.

“Like in rodents, MGluR2 is also missing in human brains, thus we now provide mechanistic insights on how to repair it,” Meinhardt says.

Glutamate is essential for regular brain function. When alcohol is consumed, the mGluR2 receptor behaves differently, however. Glutamate production also decreases, altering decision-making. Dysregulation of mGluR2 has been observed in those who are dependent on other addictive substances like cocaine, so targeting the neurotransmitter could help treat the abuse of other substances, Meinhardt says.

Early studies of psychedelics suggest that they could make it easier for people to give up addictive substances, either by the user gaining perspective and experience from a so-called trip, or from effects at a biological level. A small study of psilocybin and cognitive behavioural therapy for smokers in 2014 found that 67 percent were still tobacco-free 12 months after giving it up — a success rate twice as high as traditional treatments.

Humphrey Osmond, a pioneer of psychedelic treatment in the 1950s and 60s, claimed that 40 to 45 percent of the alcoholics to whom he prescribed LSD — which acts on the same brain receptors as psilocybin — were sober one year later.

Read More: Psychedelics Could Be the Future of Psychotherapy

Most trials of psychedelics were halted when the substances were banned in 1968. But the field is undergoing a renaissance. Researchers say the issues treatable by hallucinogens could span from anxiety and depression to addiction and PTSD. For Meinhardt’s thesis, however, the leap from a rodent brain to a human one is a big one.

Some of his prior studies of psilocybin and LSD for alcohol addiction were effective, but only short-term. It’s unclear whether the effects waned due to psychological differences between rodents and humans or incorrect time or dosages, he says. His team is collaborating with researchers in Zurich to see if humans will exhibit the same response as rodents and expects to publish results in the summer of 2023.

“We want to further understand how exactly this restoration [of mGluR2] works, so we can fully understand the molecular mechanisms of psilocybin and try to initiate clinical trials,” Meinhardt says.