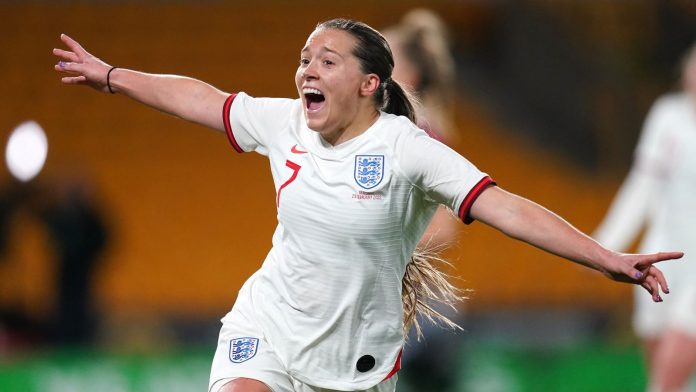 Sarina Wiegman’s side made a 15th-minute breakthrough thanks to Ellen White’s well-taken effort, the striker’s 49th goal for her country.

However, the two teams went in level at the break after Lina Magull equalised with a wonderful free-kick, only for the Lionesses to score twice in the closing stages.

England boss Sarina Wiegman made six changes for the Arnold Clark Cup match against Germany at Molineux. The adjustments from Sunday’s 0-0 draw with Spain included Leah Williamson returning to the starting XI and assuming the captain’s armband.

As for the visitors, both skipper Lina Magull and midfielder Giuila Gwinn started, but Jule Brand missed out.

Bright – playing as a makeshift forward – put England ahead with six minutes to go before Kirby’s sensational solo run sealed the victory in the fourth minute of injury time as the Lionesses beat Germany for the first time at home to win the Arnold Clark Cup on goals scored from Spain.

England Women will begin their next round of World Cup qualification matches in April as they face North Macedonia Women on Friday, April 8.