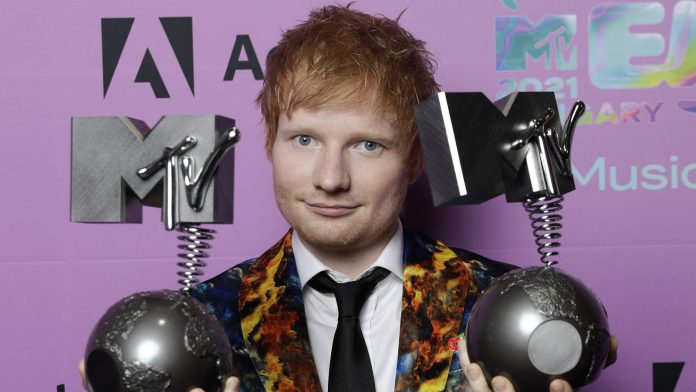 Ed Sheeran has paid tribute to music entrepreneur and YouTube star Jamal Edwards, saying he “would not be here without him”.

The 31-year-old founder of online urban music platform SBTV – which helped artists such as Sheeran, Dave and Jessie J come to prominence – died on Sunday morning.

Sheeran, who has since become one of the world’s best-selling musicians, shared a photo of himself and Edwards along with an emotional message.

“I haven’t posted anything coz I can’t find the words, I can’t reply coz I don’t know what to say.

“Jamal is my brother. His light shone so bright.

“He only used it to illuminate others and never asked for anything in return.

“A star’s light shines for millions of years after they go, and his will continue to light up every dark moment, we are all witnessing his power.

“I would not be here without him, professionally and personally.

“There will never be anything close to what he is, but I’m so grateful to have existed within his orbit. My brother, come on.”

Read more:
It all started in his bedroom: How Jamal Edwards changed UK music

Other stars including Rita Ora, Simon Cowell and Idris Elba have paid tribute to Edwards, calling him an “inspiration”.

Prince Charles also praised Edwards, highlighting his valuable work for The Prince’s Trust, which helps young people set up their own businesses.

An incredible innovator and entrepreneur, Jamal Edwards MBE has been an inspiration for so many young people, through our work and beyond. Our thoughts are with his family. pic.twitter.com/eTJhu3llrz

Edwards was appointed an MBE for services to music in 2014.

On Wednesday, Edwards’ mother, the Loose Women presenter Brenda Edwards, shared a photo of her with her son and daughter Tanisha, smiling and laughing at a photoshoot.

She confirmed his death from “a sudden illness” earlier in the week, calling his loss “unimaginable” but pledging that his legacy would live on.

Subscribe to the Backstage podcast on Apple Podcasts, Google Podcasts, Spotify, and Spreaker