Home Culture Russia allowed to compete in Eurovision despite invasion 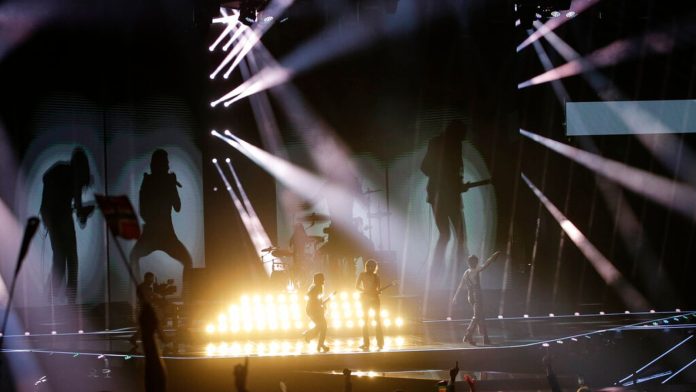 Russia will be allowed to compete in this year’s Eurovision Song Contest despite Vladimir Putin’s invasion of Ukraine.

Organisers said on Thursday that they are currently planning to welcome artists from both Russia and Ukraine in the 2022 event.

They described the annual competition in May as a “non-political cultural event which unites nations and celebrates diversity through music.”

Russia to ‘install leader’ in Ukraine

“We of course will continue to monitor the situation closely,” they added in a statement.

But Ukrainian state broadcaster, UA:PBC, has urged the European Broadcasting Union (EBU), which produces the competition, to suspend Russia’s membership and ban it from this year’s contest.

UA:PBC claimed on Thursday that Russian television networks have been a “mouthpiece for the Kremlin” and a “key tool of political propaganda” to assist in the “systematic dissemination of disinformation” against Ukraine.

This is “contrary” to the values of the EBU, the Ukrainian broadcaster said.

The Russian media delegation has been contacted for comment.

Calls for the exclusion of the Russian Eurovision act come as Kremlin forces seized control of the former Chernobyl nuclear power plant, around 100 miles from capital Kyiv.

The 66th Eurovision contest is due to be held in Turin, Italy after rock act Maneskin claimed victory in last year’s musical standoff.

Pash had been selected by national television audiences and was due to perform song, Shadows of Foreign Ancestors.

People who enter Crimea via Russia are considered by Ukraine to have illegally crossed the border.

Russia invades Ukraine: Rises in prices of bread, meat, diamonds and gas – how the invasion will affect the UK

There is no suggestion that Pash entered Crimea from Russia.

She has been replaced by rap group Kalush Orchestra with the song Stefania.

Russia has yet to announce its act.

The 2017 contest, held in Kyiv, saw Russian act Julia Samoylova banned from taking part because she had reportedly toured Crimea without entering via the border with the Ukrainian mainland.

Russian television station Channel One then announced it would not broadcast the contest or take part.

Suggestions by the EBU that Samoylova could perform by satellite from Russia or be replaced by an alternative contestant are said to have been rejected by the TV station.