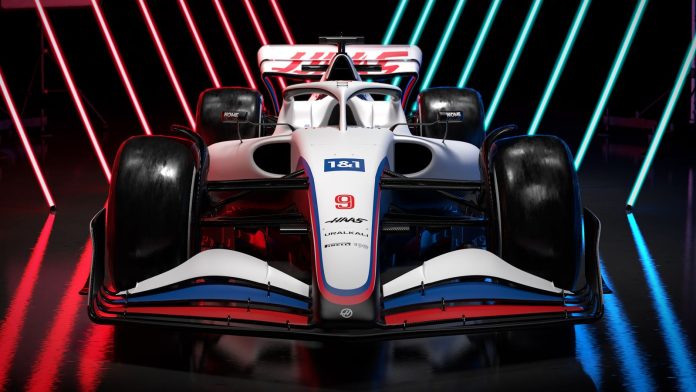 Nikita Mazepin, son of major Uralkali shareholder Dmitry, will drive as planned for Haas on Friday but in all-white car with Russian branding removed; Sebastian Vettel said on Thursday that he would not race in this year’s Russian Grand Prix if it goes ahead following invasion of Ukraine

Haas will run an all-white car on the final day of testing after confirming they are dropping the branding of their Russian sponsor Uralkali from their car in Barcelona.

The news comes after Russian President Vladimir Putin instructed an attack on Ukraine.

Fertiliser company Uralkali counts Dmitry Mazepin, the father of Haas’ Russian driver Nikita Mazepin, as one of its major shareholders.

The F1 team’s usual livery is red, white and blue but will now be solely white on the final day in Spain.

Nikita Mazepin will continue to drive for Haas in the morning session as planned.

A Haas statement read: “Haas F1 Team will present its VF-22 in a plain white livery, minus Uralkali branding, for the third and final day of track running at Circuit de Barcelona on Friday 25 February.

“Nikita Mazepin will drive as planned in the morning session with Mick Schumacher taking over in the afternoon. No further comment will be made at this time regarding team partner agreements.”

All 10 Formula 1 team bosses will hold a crisis meeting with the sport’s CEO Stefano Domenicali on Thursday evening following the escalating situation in Ukraine.

Vettel: I think it’s wrong to race in Russia

Four-time world champion Sebastian Vettel said earlier on Thursday that he would not race at the Russian Grand Prix, with reigning world champion Max Verstappen also calling for the event to be cancelled.

Aston Martin driver Vettel said: “In my personal opinion, I woke up to this morning’s news, shocked, so I don’t know. I think it’s horrible to see what is happening.

“Obviously if you look at the calendar we have a race scheduled in Russia. For myself, my own opinion is I should not go, I will not go. I think it’s wrong to race in the country.

“I’m sorry for the people, innocent people that are losing their lives, that are getting killed for stupid reasons and a very, very strange and mad leadership.

“I’m sure it’s something that we will talk about, but personally I’m just so shocked and sad to see what is going on. So we will see going forward, but I think my decision is already made.”

Red Bull driver Verstappen added: “When a country is at war it is not right to race there.”