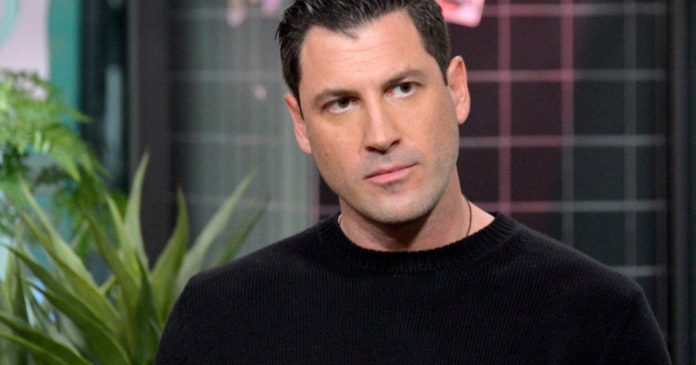 Former “Dancing With the Stars” pro dancer Maksim Chmerkovskiy posted an emotional message about his home country Ukraine Thursday, after the country’s invasion by Russia. Chmerkovskiy showed several videos from the streets of Kyiv before expressing his love for the people of Ukraine.

“Everybody was hoping that the finality of this situation would be averted, that there wasn’t going to be these kind of aggressive measures,” he said, before panning to an ambulance racing down an empty street, followed by what appeared to be a military convoy vehicle.

Chmerkovskiy is best known for his work on Dancing with the Stars, where he won the show’s Mirrorball trophy in 2014 and met his wife, fellow pro dancer Peta Murgatroyd. He left the show in 2018 but continued as an expert in the dance world. He was on location in Kyiv filming the country’s version of World of Dance when Russia began its attacks. On the show, both Chmerkovskiy and his brother Valentin were open about their immigration from Ukraine and their continued love for the country of their birth.

“I’ve had a f*cking incredible pleasure to spend on the ground, about six months now, and I’ve fell back in love — I never fell out of love, but I know now who these people are. I know who this country is, what it represents, what it stands for,” he said.

“I will never be the same. This is stressful and I’m getting old feelings back, like I’ve done this before,” he wrote on his Instagram. “This does feel like the way it was when and why we left in the 90s. Like my old PTSD I’ve finally fixed is coming back. I literally only just forgot about those ‘always on the edge’ feelings and actually started worrying about things like bbq grills. I’m crying as I’m typing this because all man deserves to worry about ‘bbq grills’ and not f***ing war. Hug your loved ones.”

Ukraine has called Russia’s movement into its capital city a “full-scale invasion,” placing its residents under martial law. Major leaders of the international community including President Joe Biden have denounced Russia’s attacks. Since shelling began in parts of Ukraine early Thursday morning, the U.S has imposed sanctions on Russias biggest banks as well as sent 7,000 additional troops to Germany. But Biden has maintained the U.S forces will not be involved in Ukraine.

“Putin is the aggressor,’ Biden said in a special press conference Thursday. “Putin chose this war. And now he and his country will bear the consequences.”